A “Long Walk” to Freedom is an understatement for Nelson Mandela. His autobiography escorts the reader on a journey through the extraordinary life of a passionate man who stood for equality and justice like no other. Mandela’s story of a humble Xhosa boy that transforms into an iconic freedom fighter is nothing short of exhilarating.  Inequality and racial tension dominated his surroundings for most of his life however, even among the worst treatment one could imagine, his Spirit was not broken. He suffered greatly and ultimately prevailed. His efforts led to his release from prison after a total of twenty-seven years, and his aptitude to reframe an entire government through adversity is much more than a Cinderella story.  Mandela did not waiver and through his resilience, he motivated the nation that he later became the first president of.  His story has inspired many and the records of his Long Walk serve as a sacrificial example of triumph that will forever live in history.

Mandela’s endurance is motivating to me. I personally find it easy to allow obstacles to interfere with my thinking at times and take for granted all the blessings and Christ-centered options that are often right in front of me. Although I will always have room for improvement, I have learned as I age and seek wisdom to have an unbreakable faith, that fear is not an option, and that prayer will balance me out. In Mandela’s book, a Christian foundation is clear and he is open about his appreciation for the Methodists and other missionary educational institutions in South Africa however, I feel like Jesus is the missing ingredient in his story. I’m not claiming that things would have been easier for him with more emphasis on Jesus in his life. I am suggesting that had he put Christ in the middle of the entire struggle like the Apostle Paul did, this would have been an even bigger win for mankind.  He was undoubtedly one of a kind and accomplished more than most anyone could dream of, nevertheless, I cannot give him all the credit through education, grind, and perseverance.  God was clearly involved in this movement and it was His will that ultimately prevailed through the works of Mandela, Tutu, and other leaders of the anti-apartheid development.

In Desmond Tutu’s book, No Future without Forgiveness, the struggle for equal rights in South Africa is shared through a similar but different lens. I enjoyed Tutu’s words of wisdom offered through his reflections on the cultural struggle in South Africa.  Tutu argues that “true reconciliation cannot be achieved by denying the past.” This stands out to me because I’m one who believes in “owning it” not “ignoring it.” I have learned this the hard way through personal relationships and decisions not grounded in Christ in my professional career. God seeks our repentance and wants us to feel that purity that only comes through Christ. I believe it is easy to hold on to our pasts, even as Christians who know the Word.  Letting go of guilt or not owning a mistake will only grow negatively inside us unless we wash it clean with the blood of the lamb and learn from it. Tutu’s book was also inspiring and his leadership during such a dark time in South Africa’s history is a testament to God’s glory.

In Romans 5:3-5 Paul writes, “Not only that, but we rejoice in our sufferings, knowing that suffering produces endurance, 4 and endurance produces character, and character produces hope, 5 and hope does not put us to shame, because God’s love has been poured into our hearts through the Holy Spirit who has been given to us.” I was continually reminded of this scripture while reading both Mandela’s and Tutu’s stories. The Apostle Paul shared a similar struggle of government oppression, inequality, and prejudice while also providing analogous writings of hope, encouragement, order, and understanding. The battle these men faced, along with the people of South Africa and first-century Christians run parallel in many respects. The darkness of vanity, power and financial gain has plagued our world and controlled governments for millenniums. Although I do not see this changing until Jesus returns, I am motivated by stories of triumph and feel a greater call on my own life to be the hands and feet of Jesus.

Life did not end as well for Paul as it did for Mandela or Tutu. Mandela was released from prison and became the president of South Africa. His hands were lifted high by Desmond Tutu himself signifying a major victory for the people of South Africa (and their own similar efforts).  Tutu received the Nobel Peace Prize in 1984 and Nelson Mandela was also awarded this prestigious honor in 1993. On the contrary, Paul’s ending was not as glorious as he was executed in a roman prison. I cannot help but assume he was completely okay with it though. He had completed his tasks before him and knew his real life was about to begin. The lives these men led were extremely difficult yet tremendously rewarding. All three of these accomplished gentlemen were relentless in their pursuits for human rights and are considered true heroes. Because of their dedication and Christian faith, they were able to further the Kingdom of God – with or without giving Him the ultimate credit. 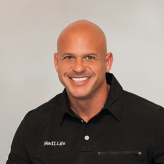 Director of Operations / Executive Pastor at Kinergy, Inc. Federal 501c3 Non-Profit Organization. Father of three, with one on the way (expected Spring of 2023). Health and Fitness Professional and owner of a multi-location medical practice with my wife, Nicole O'Neill, MD.

3 responses to “Redemption through Perseverance or Faith?”