Written by: Colleen Batchelder on January 24, 2019 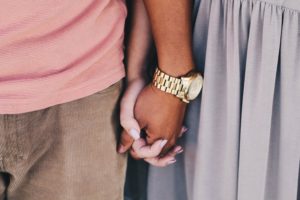 For years, North American Evangelicalism has been tied to conservatism, separatism, and capitalism; however, this is simply one variant in the midst of countless definitions. However, due to America’s temptation towards nationalism, this definition has colored all forms of evangelical interaction and tied one’s faith to one’s favorite news network.

A few years ago, I attended a Christian comedy show at a nearby church, the comedian started the night off by surveying the audience. His questions were quick, and our reactions were immediate. He asked us if we watched NPR or Fox News. My hand shot up at the sound of NPR; however, the rest of the crowd did not resound with my choice. I was considered deviant because I didn’t fit into the narrative of North American Evangelicalism; therefore, my whole self was deemed heretical.

Donald M. Lewis, professor of church history at Regent College and Richard V. Pierard, professor of history at Indiana State University[1] suggest, “Such marginalization of evangelicalism in the academy and the media is therefore understandable and yet regrettable because it means that this powerful international movement is not understood by outsiders or – for that matter – insiders.”[2] Therefore, one’s definition of evangelicalism is tied to one’s perception, which is individualized and relativistic.

According to Mark A. Noll, Francis A. McAnaney Professor of History at Notre Dame, [3] evangelicalism was not tied to a specific group or denomination, but a group of tenets that were valued by many. They include the need for conversion, the need for Scriptural understanding, the need for activism and charity and the redemptive belief in the cross of Christ.[4] These doctrines were upheld by Fundamentalists, Pentecostals, and Charismatics who paved the way for the early revivals and mission organizations.

Wilbert R, Shenk, senior professor of mission history and contemporary history at Fuller Theological Seminary[5], asserts, evangelicalism was based on the foundation of unity, innovation, and brotherhood. However, as time passed and Premillennial thought resounded from a majority of pulpits, the gospel became driven by Christ’s return, instead of the tangible needs of one’s neighbor.

Dwight L. Moody was the first to ascribe to the mindset of Premillennialism. According to Wilbert:

This had a two-fold effect on evangelical theology. On the one hand, it heightened the sense of urgency about the evangelistic task, and the premillennialist emphasis on the imminence of Christ’s return became the hallmark of revival preaching. On the other, it undercut concern for social issues. This dichotomy polarized the evangelical impulse between the salvation of the souls and the message of compassion and social witness.[6]

The introduction of Premillennialism created a barrier between liberal theologians and their conservative counterparts. It made preachers so heavenly minded that they were no longer concerned with being earthy good. “This movement forged an ideology that made preaching and evangelism the priority in missions, declined to have fellowship with those who differed with them doctrinally, and followed a conservative social ethic.”[7] In essence, evangelicalism became a social club that separated the haves and the have nots. However, not all forms of evangelicalism followed suit.

Globalization redefined the mission of evangelicalism and encouraged Christians to understand the gospel through the lens of diversity. Professor Donald M. Lewis asserts:

Globalization is more than just the idea that the world is becoming a smaller place, a worldwide village, because of the technological revolution. Key to the globalization debate is the idea that Western economic, political and cultural models are increasingly influencing this ‘global village’.[8]

Globalization influences cultural expectations in regard to religion, familial standards, and ethical structures. It is the central core that colors one’s understanding of themselves and others. This is why “faith is undergoing both a major expansion while at the same time virtually reinventing itself in new form.”[9] It is reacting to the reality of the time and culture.

According to the authors of Global Evangelicalism: Theology, History and Culture in Regional Perspective, evangelicalism is defined by one’s context and culture. However, due to the influx of interconnectedness within North America and abroad, we are faced with this reality in our churches and ministries. We are faced with the realization that our understanding has been steeped in our own perceptions and nationalistic ideals. This is why some churches are struggling to adapt to the flood of migration. Lewis reveals:

People who feel threatened that impersonal forces (as implied by the term globalization) are robbing them of important aspects of their identity may react negatively and reverse the process. Local reactions could take the forms of strident nationalism, exclusive ethnic identities, religious extremism, sexism, racism or other specific forms of social exclusion.[10]

Evangelicalism in a Postmodern context will challenge us to react. We will either run towards the safely of division or struggle for the sake of unification. Jesus left us with one of the most haunting questions in scripture. He asked:

We cannot love our neighbor unless we understand them. We cannot love God unless we seek to love others. Globalization has created a diversified landscape of evangelicalism; however, each heartbeat is tied to the same stem of grace. Each presentation and perspective is tied to the cross of Christ. The nations are here – they are our neighbors, our congregants and our purpose. They are our mission and unified evangelicalism in the midst of diversity is our goal.

12 responses to “To Love Thy Neighbor: Understanding Global Evangelicalism”