This week we read Overcoming the Dark Side of Leadership: How to Become an Effective Leader by Confronting 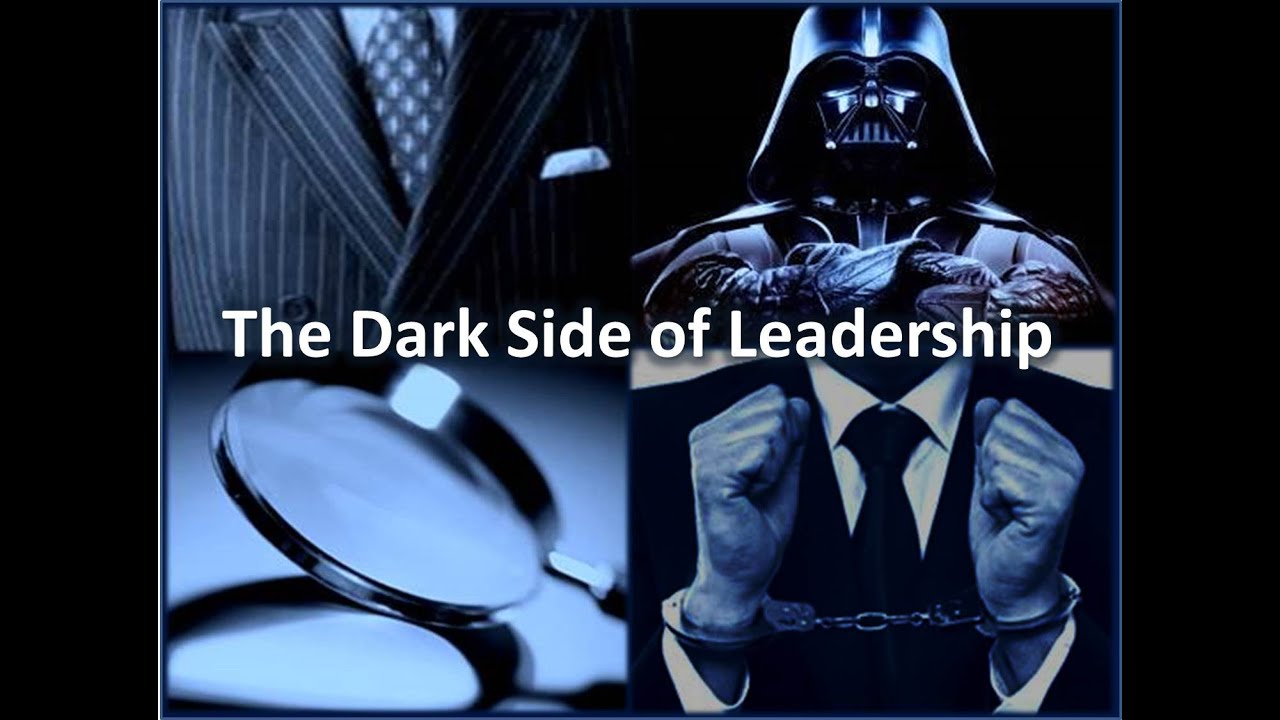 Potential Failures by Gary McIntosh and Samuel Rima.  While it wouldn’t be honest to say that I have enjoyed reading all of the books we have been assigned in this doctoral program, I have appreciated all of them and, certainly, I have been able to learn something from each of them.  Having said that I have a developed a little personal rating system for how much I enjoyed a book or how many practical insights I pulled out of it.

The system is very simple, as most of the books are on kindle, you can export and download any notes you take and everything you highlight.  As you do that, the app lets you know what percentage of the book you are downloading.  So, for my scale, the higher the percentage, the more interesting or engaging the book.

For The Dark Side of Leadership I ended up with a higher percentage than I can remember achieving with any other book that I can remember.  Simply put, there was something of note and/or value on just about every page.  The quality of the content was accentuated by the structure of the book, with a review of main points and questions to respond to at the end of each chapter, the salient points were clearly communicated, reinforced and hard to miss.

Almost every aspect of this book had me examining some aspect of my own life and leadership, or recollecting a brush with a leader that was ‘under the influence’ of the dark side of leadership.  As I read through the book, and the many insights, I kept coming back to something that Rima discussed in the introduction to the revised edition:

At the core of the problem is personal ambition and the insidious desire to have or possess something that is not able to be possessed — namely, success. We live in a culture obsessed with both having and success. And this desire has infiltrated the ranks of Christian leaders as it has every other strata of American culture.  The problem arises from the fact that success is not something one can have or possess.  True success is a state of being not having. (McIntosh and Rima, Kindle location 219)

This is both an astute and succinct of the problem, not just for those of us that are leaders, but for all of us that are trying to live a faithful and healthy life in this time and place.   We are, indeed, a culture that is obsessed with success and that almost always defines that success in terms of what or how much we have.  You see this in almost every area of our culture and interaction with each other.  Social media, for example, which is ostensibly about connecting people to each other, can often devolve into a quest to demonstrate a perfect, ‘successful’ life – and to have the life affirmed by having or collecting as many ‘likes’, etc. as possible.  There is a particular insidiousness when this obsession with success as defined by  having and having more, infects Christians and especially Christian leaders.  The authors continue:

Unfortunately, many Christian leaders are driven manically to have success.  In the church, having success is measured by how many people you have attending your service, the size of the facility you have, the number of staff members you have, how many user – friendly programs you have, and the size of the budget you have.  As a result, leaders who need to have success to validate themselves are driven to acquire these things and are willing to pay virtually any price to do so. (McIntosh and Rima, Kindle location 223)

Several years ago I was attending a conference (Catalyst) and Rob Bell was one of the speakers, and this was at the height of Bell’s popularity and celebrity.  Before he went into the talk he had prepared for the event, he shared an interaction he had with another pastor attending the conference that morning in their hotel.  He said, that the pastor came up to him, shared some appreciative words about Bell’s writing.  Bell responded (graciously, I thought) by taking the time to ask the other pastor about his church, ministry context ext.  Bell said that the pastor started to tell about his situation, but only got about two or three sentences in before he stopped and looked at Bell and said, ‘It’s a good church, but it’s nothing compared to what you are doing.’
And I will never forget what Bell said next, as it has served as an almost constant reminder to me, especially when I might have been spending more time than I should thinking or dwelling on the ‘dark side’ of leadership and focussing on the wrong kind of success.  At that point, Bell looked at the other pastor and said, ‘Don’t do that.  Don’t you dare belittle the place and the people that God has called you to.  If you are where God has called you to be, there isn’t a better place in the world.’  Bell shared that story as a way of both challenging and encouraging all of us that were there that day [One unintended side-effect of a good conference is often a little bit of  church or pastor envy, as you hear about the amazing things that are happening in some churches and with some pastors].
One of the most encouraging aspects of this book for me was just how practical it was in terms of equipping us as leaders to resist this and other similar ‘temptations’ of the dark side.   This is so critical if we hope to be healthy leaders capable of sustaining ministries for any extended period of time.  When we lose sight of what success really looks like – and for the Christian, I think it could be as simple as faithfulness to God’s call on our lives, as we seek to become more and more like Christ – no matter how much we have we will still not find satisfaction and fulfillment – which as the authors note often leads us further down the path of trouble towards the dark side:

I have become convinced that the desire to have these things is not compatible with biblical concepts of church or even Christianity.  As a result, even when these leaders succeed in creating a large congregation, a large facility, and all the other markers that measure success in the twenty – first – century church, they are no closer to actually having or possessing the inner feelings of success that they have been seeking through their manic activity.  It is at this point that leaders often begin looking elsewhere in an effort to assuage their needs for personal validation and worth — needs they thought would be met by having a measure of success. (McIntosh and Rima, Kindle location 226)