Written by: Colleen Batchelder on February 21, 2019 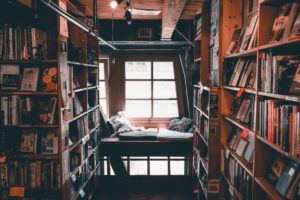 Mark A. Noll, professor of History at Notre Dame, enraptures his readers and beckons them to understand the reasoning behind their lack of reason. He delves into the facets of evangelicalism from the lens of history and challenges his readers to question the validity of their faith, not the voracity of their pursuit. For years, the evangelical church has created a chasm between the secular and the sacred, the sanctuary and skeptic, and the Christian and the culture. Knoll asserts, “The problem for Christian thinking does not rise from the academic quality of seminary faculties, which has been steadily rising since the Second World War. The problem concerns rather the connections between theology and other forms of learning.”[1] The problem with segregated seminal learning is that it leads one to understand the world without conflict or opposing voice.

According to Noll, if evangelicals are separating themselves from varied learning perspectives, then they’re creating a utopian religion based upon one-dimensional assumption. The author reveals, “What is lost, however, is an ideal of Christian intellectual life in which theologians, biblical scholars, and scholars from other disciplines work in constant connection with each other.”[2] This is why Christian thought should include the mind. Without dissension or varied viewpoint, evangelicalism can easily take on the characteristics of cultish behavior and conformist expectation. However, if one is able to see God through the intellectual dissection of scholarship, then one is able to understand the vastness of God through His creation alongside His Word.

For years, evangelicalism intersected with the varied sciences, including theology, anthropology, philosophy and sociology; however, due to the influx of Gnosticism, Manichaeism[3], Docetism[4], and Piety, evangelical belief became a hub of insolation, instead of intellectual influence. This dichotomous shift created problematic consequences and introduced Christianity as a haven for the holy, instead of a hub for humanity.

The author recounts, “In our past we have much more eagerly leaped to defend the faith than to explore its implications for the intellectual life. We have tended to define piety as an inward state opposed to careful thought, rather than as an attitude that might include attention to the mind.”[5] Therefore, according to Noll, evangelicalism became a system of defense; not discussion. This is why Judith E. Glasser, author of Conversational Intelligence: How Great Leaders Build Trust and Get Extraordinary Results warns against this authoritarian stance. She asserts, “When we are trapped in our need to be right, we want to win, we fight to win, and we go into overdrive trying to persuade others to our point of view.”[6] Without a proper implementation of intellectual dialogue, one runs the risk of creating an organization based upon indoctrination; not education.

Noll takes his readers through each moment in history and gives them a glimpse at the bastardization of intellectualism that befell evangelicalism all in the name of Christ. He also reveales how the perspetive of the church shifted to an eternal mindset and colored the way that evangelicals engaged with intellectualism. According to the author, Fundamentalism and Pentecostalism paved the way for Dispensationalism, which “…soon developed a large following alongside other forms of evangelical biblical theology…”[7] These three forms of evangelical expression were not always parallel in their belief, “yet together these movements shared a stress on the dangers of the world, the comforts of separated piety, the centrality of evangelism, and an expectation of the End.”[8] Separation ensued and Christ became dissected. Therefore, if one continues to separate intellectualism from evangelical belief, then one runs the risk of perpetuating a gnostic stance and removing the humanity of Christ.

Mark A. Noll charges us to create an intersection of influence – a hub that challenges our perception of God because of our interaction with humanity. He reveals:

No one can understand the struggles within culture if they refuse to step outside the church.  Likewise, no one can understand the voice or the will of God if they refuse to invite contributions from those within secular studies. Noll reveals that there is a great danger in removing the mind from the purpose of worship. He warns, “The path to danger is not always the same, but the results of neglecting the mind are uniform: Christian faith degenerates, lapses into gross error, or simply passes out of existence.”[10] Hence, if one is to take seriously the critiques of Noll, then one would surmise that the death of the church is not due to the influx of diversified thought within the pews, but the refusal of diversified dialogue within the pulpit. It’s time to reopen our doors, unhinge our theological ideologies and understand Christ through intellectual pursuit.