The heroic acts that led South Africa to freedom have paved a way to many other African countries seeking a way to freedom and stability for their citizens. Even after many years of struggle and attempts for such a freedom destination, countless of Africans still suffer from bondages than one can care count and the endless struggles to freedom must have taken a toll to some who have simply gave in to lifelong enslavement that only God knows the end.

Various forms of conflict continue to lead to problems like poverty, hatred and resentment hindering proper growth and development.[1] Even in South Africa when you look at the livelihood of those that Nelson Mandela and many of his fellow freedom fighters fought for, one would wonder if there is such a time as when freedom will come! In his Autobiography, Nelson Mandela writes at the time of his meeting with Lembede one of the men that inspired him so much towards his “Long Walk to Freedom” saying the following.

He hated the idea of the black inferiority complex and castigated what he called the worship and idolization of the West and their ideas. The inferiority complex, he affirmed, was the greatest barrier to liberation. He noted that wherever the African had been given the opportunity, he was capable of developing to the same extent as the white man, citing such African heroes as Marcus Garvey, W. E. B. Du Bois, and Haile Selassie. [2]

Isn’t it sad that the same challenges probably to a lesser extent that Nelson and Lembede struggled to defeat decades ago persist in our various societies around the world? Let us start by looking at the issues of idolization of the West and their ideas.

Speaking to a friend (a co-worker) a while back, he shared a story that had angered him of a congregant who stated, “Africans are lazy and that’s the reason they are poor”. My coworker shared he had reminded the congregant that most of the American prosperity was built by Africans who had been forcefully brought here as slaves, reminding her that even now Africans are still contributing a great deal to the development of the West.

There was anxiety about what Kenya would become after Kenyatta. Ubuntu was abroad in the post-uhuru Kenya. One could point to the opposite that had occurred in the Belgian Congo in the early 1960s, and more recently in the genocide in Rwanda in 1994.[3]

As regards to the inferiority complex as the greatest barrier to liberation, I think it is indeed one of the evils left behind by decades of enslavement, colonial rule, and various dictatorships where people have gone to the extent of behaving worse than beasts, killing one another to advance their selfish interests. As I study Mandela and Tutu and their leadership towards Truth and Reconciliation the self-evident work that took South Africa to where she is today, it’s my hope more people of such courage and conviction will stand and lead in our world today.

[2] Mandela, Long Walk to Freedom the Autobiography of Nelson Mandela.

[3] Desmond, No Future Without Forgiveness. 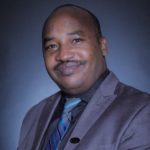 Jean is a native of Rwanda and was a child refugee in Uganda for over 15 years. Born on the way to exile from the civil war in Rwanda, his parents would later return to Rwanda due to the IDI Amin's war. Jean fled Rwanda again 10 years later at the beginning of what became the 1994 Genocide against the Tutsi in Rwanda. Jean is a veteran of the US Navy, a former Hospital Chaplain and currently serves as a Clinical Correctional Chaplain. Jean is married to Eugenia and blessed with 4 boys (Joshua, Isaac, Timothy, and Ryan) and 1 daughter Angel. Passionate for leadership, Jean is a Maxwell Leadership Executive Program Team Member. B.A. Biblical Studies – Lancaster Bible College | Capital Seminary and Graduate School (LBC | Capital); MA – Human Services Counseling (Military Resilience) Liberty University.

4 responses to “This long walk to freedom!”