When we think of people like Nelson Mandela and Desmond Tutu, we admire who they are and their contribution to the world. Therefore, we are not surprised at the magnanimity by which people hold them. How did they become so admired by the world? What did they do to capture the world’s respect?

In reading the stories of Mandela and Tutu, it is evident that the road to a magnanimous life lived well for the world, one can’t expect popularity every step of the way. In fact, the lives of Mandela and Tutu display that one can commit to a cause as inspiring as racial reconciliation, and still receive criticism from all fronts. Mandela and Tutu were committed to racial reconciliation that involved extending forgiveness to the oppressors. This was not a popular idea. Many white people did not feel like they needed to be forgiven or even desired reconciliation and relationship for that matter. They mockingly called the Truth and Reconciliation Commission the “Kleenex commission.”[1] And many of the black South Africans wanted retributive justice delivered rather than forgiveness. In reading Tutu’s accounts of terror inflicted in No Future without Forgiveness, one can hardly blame them.

The Jewish psychologist Viktor Frankl wrote about an experience he had after recently being freed from a concentration camp. He recounts one day walking with a fellow survivor in his renowned Man’s Search for Meaning:

A friend was walking across a field with me toward the camp when suddenly we came to a field of green crops. Automatically, I avoided it, but he drew his arm through mine and dragged me through it. I stammered something about not treading down the young crops. He became annoyed, gave me an angry look and shouted, “You don’t say! And hasn’t enough been taken from us? My wife and child have been gassed – not to mention everything else – and you would forbid me to tread on a few stalks of oats.”[2]

Desmond Tutu was aware of this vicious reality. He writes, “Tragically, those opposing apartheid frequently became brutalized themselves and descended to the same low levels as those they were opposing.”[3] The key was to lead people down the road of forgiveness to heal the wounds of the country. This was not the road to take when one wants to be popular. For this third way of justice, the way of truth, forgiveness, and reconciliation – as opposed to thwarting justice or pushing for retribution – was the road less traveled. Being remembered as magnanimous figures was no guarantee.

But this is the road men like Mandela and Tutu chose. Mandela was regularly criticized, especially by the ANC (the anti-apartheid organization he was a leader in).[4] But Mandela knew that healing the wounds of a country divided by racism meant choosing to work with white people. He was even eager to practice his Afrikaans, which was the language of the oppressors.[5] But when we realize that we all share in our humanity before we separate due to differences, we are less likely to be tribal and see ourselves in an “us versus them” dualism. This dualism that Mandela and Tutu avoided, as the late Rabbi Jonathan Sacks writes, “leads you to see yourself as a victim. And It allows you to commit altruistic evil, killing in the name of the God of life, hating in the name of the God of love, and practising cruelty in the name of the God of compassion.”[6] Leading people away from this dualism required Mandela to “move out ahead of the flock, go off in a new direction, confident that he is leading his people the right way.”[7] The risk of stepping out only to have no one follow you is the risk a leader sometimes faces.

In reading the experiences of Nelson Mandela and Desmond Tutu, I cannot escape the fact that living a great life of service to others cannot be divorced from criticism. The question I have to ask myself is this: do I want popularity, or do I want to commit my life to serving others? One is easy. The other is costly but far more meaningful. And the work of peace-making in our world is costly. But it is a cost worth counting and committing to. As Tutu writes, “Cheap reconciliation is keeping peace when there is no peace. Real reconciliation is costly. It cost God the death of His only begotten Son.”[8] 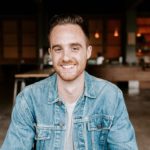 David is Australian by birth, was raised in Southern California, and is the Youth and Young Adults Pastor at B4 Church in Beaverton, Oregon. David and his wife, Laura, live in Hillsboro with their dog, Coava (named after their favorite coffee shop). M.A. Theology - Talbot School of Theology B.A. Psychology - Vanguard University of Southern California

4 responses to “This is Costly”