It seemed more enticing to think through Dryness’ book Visual Faith: Art, Theology, and Worship in Dialogue Engaging Culture with the help of a heading from a proverb in Nigeria’ Chinua Achebe’s famous novel “Things Fall Apart”. When visual art is expressed in all its human forms, people are presented with an opportunity for friendship, listening, observing, loving, mediating, suffering and being present in a neighbor’s story.  Visual arts are about the visibility of cosmic life. This way, visual artistry gets us closer to reality, sometimes through the masks most of us wear, paint and create in attempt to creatively beautify and express particular self-identities.

The full African proverb, “the world is like a Mask dancing. If you want to see it well you do not stand in one place”,[1] has profoundly helped me appreciate the usefulness of masks. Case in point, the picture above is of a face mask drawn on a T-shirt given to me as a gift by my friend in Uganda. The purpose of the visual art on T-shirt is to advocate on behalf of our vulnerable children with the phrase “Bali Bana” in Luganda, one of the local languages. It is disconcerting to many African Christian leaders, I included that our children who have lost one or two parents are labeled “orphans” as though they have become the tragedy that has befallen them even when it is entirely not of their making. I have shade tears over this issue indeed.

If is it not proper to label someone “an HIV/AIDS victim”, but rather respectfully, a Person Living with HIV/AIDS, then why is it acceptable to hold children hostage to the loss of their parents by labeling Is someone benefiting for these labels? No child wants to be called an orphan. Countless times, I have heard many Christian adults say, “Stacy who is an orphan”? “Andrew our adopted orphan”? “We support an orphan through blank organization”. “We have two orphans we are sponsoring there in one of those poor countries”. Oh my foot, what kind of a condescending picture is being painted? This is not about being politically correct, it’s flat out wrong period. When did they cease to be children? This is a double tragedy for our children. Isn’t it enough that their childhood has been shaken up to say the least? Children should be loved, guided and prepared for leadership, not branded to be sold. Human trafficking has many visual forms. The use of Children’s pictures for “the money shot” needs a remedial response. How is it of the gospel that the little ones are subjected to such blockades, when Jesus instructs, “let the little children come to me and do not hinder them, for to such belongs the kingdom of heaven?”[2]

Our children should not suffer any stigmata by society, churches and international mission teams. The Luganda phrase at the top of the mask on the T-shirt stands for the reminder that, “THEY ARE CHILDREN!!” What great news!!! Jesus calls them little children too, sustaining their dignity and childhood. They children also have names.  Followers of Christ ought to take a leaf from Jesus’ comforting words to His disciples “I will not leave you as orphans; I will come to you.”[3]

The colorful mask on the “Bali Bana” T-shirt is also my visual artistry of repentance from the western discipleship classes I received in Uganda; where I was taught to believe that African visual art was sinister. Arts in form of music, dance, traditional tales both oral and written were of the indigenous culture and therefore of the creepy and crazy gods. The discipleship logic then followed that Ugandan and African cultural artifacts were not to be seen, enjoyed which also meant that the artists’ imagination and souls were innately debased. Continual learning has allowed me to process the historical repressive nature of Western Protestant tradition’s missological obsession with the subversion and humiliation of core cultural gifts like art forms and diversities of indigenous communities.

To be sure, followers of Jesus Christ, ought to be discerning enough to “guard their hearts” for that which is evidently questionable. Yet part of watching over the six sense inlets and outlets of both one’s individual and corporate sensory worshipful life, calls for an openness to pan optic view through the  pluralistic “… a Mask dancing” of the world. It is never constructive for a person or a mono-cultural group to make value judgments about a people’s culture from a lopsided point of view.

Pink affirms that “individuals themselves cannot be the source of knowing. Rather, knowing is contingent on its connectedness both historically and with others”[4]. Dryness shows that after the reformation, Protestants leaders and architects: …work with priorities that pointedly excluded visual artists. The spaces made for worship were not friendly to elaborate visual elements. Creative people then, understandably turned their imaginative energies in other directions- literature and music became special foci for Protestant creativity.”[5] Even with a revival of the use of visual art in worship, there is still the winner takes it all effect.

It was ironic and saddening when I witnessed a follow Uganda Christian’s narration to me during a reset visit about a missionary’s introduction of drawing during a Sunday church service. We both wondered why it was necessary to draw trees on a canvas in a church building when the church compound was tremendously blessed with beauty trees. Perhaps church leaders and their congregations might creatively imagine how to utilize the architectural gifts in the body of Christ to naturally limit environmentally man-made barriers to the scriptural psalmody tradition of the fact that; “the heavens declare the glory of God; the skies proclaim the work of his hands.”?[6]

I believe that the profoundly unfinished predicament that continues to percolate matters of faith, the arts and culture is the hunger for evangelical social dominance. The continual thirst and pursuit of power in Christianity and religion, has always manifested its violent mark of the ultimate assault on God’s precious master piece of the imago dei. With all due respect, Dryness brings to attention important issues, but I found myself gasping for other side dishes of literature accompany the entrée beyond only a reclaiming of ‘Christian traditions’. What about the visual art we see of the Ebola outbreak? What about the visual art of the abductions of the school girls by rebels in Nigeria? What about the plight of children? What about the people impacted by ALS? How about the recent beheading on TV? How should the church apply visual art to the issues of justice like immigration, racism, gender, equality and incarceration? Et cetera According to Dyrness, both Jonathan Edwards and John Calvin perceived God’s artwork in all of creation.[7] Schaeffer’s question, How Should We Then Live, is a pertinent point of reflection. With the same stroke of a pen, Schaeffer reminds us:

The Byzantine style developed in the east and gradually spread to the west. This art had a real beauty, but increasingly only religious themes were given importance, and people were depicted not as real people but as symbols. This came to its climax in ninth, tenth, and eleventh centuries. The portrayal of nature was largely abandoned, and even more unhappily, the living, human element was removed. This, we should stress one more, was in contrast of the early Christian catacomb paintings in which, though simply portrayed, real people lived in a real world which God made.[8]

Visual arts are lost without the rendering of human beings their respectful worth. The visual imaginaries we encounter in this world tell creation’s story. Media and art forms can serve as a call to a humble, active and intercessory attitude. May we always remember to offer prayers without ceasing when we are up or down. 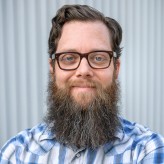 15 responses to ““The World is like a Mask dancing””