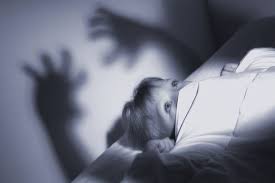 If those who have served in the military could please forgive me for the inference, but this book inflamed feelings of PTSD and was at times difficult for me to read. The institution in which I have worked the past 15 years was ‘led’ by an increasingly narcissistic president who exhibited many of the maladaptive

behaviors described in this text. Those immediately under his authority, the middle management and the board of trustees, all submitted to him and offered no resistance to his destructive leadership and no protection for those he sought to use as an example of his inherent ‘wisdom’. I was the nobody at the center of speaking truth to authority which resulted in nearly two years of incessant persecution, abuse, regular berating and belittling, smearing etc. The ‘subordinates’ eventually prevailed, thanks in large part to a strong student movement against the president and a social media campaign by alumni, but the toll on myself and my family was significant. Though he was removed 5 years ago we are still traumatized by the effects. (I accidentally ran into him while out Christmas shopping this year. I broke out in a cold sweat just hearing his voice and became visibly ill. My family didn’t see him but noticed immediately that something was wrong.)[1]

This individual was (is) an ordained minister, biblical scholar, family man, and a superb teacher, while at the same time, as a result of some of the training he received obtaining his MBA from Wake Forest University, he was transfixed with the idea of transformational leadership. He developed narcissistic tendencies, dismissed any subordinates who questioned his leadership, convinced the board of directors that he was an unparalleled visionary, and became so enamored with his own visions that he convinced himself that he might not always be ‘right’, but he was never wrong. Sadly, this is not an isolated incident. Christian leadership is almost as likely to become enamored with itself as is leadership in the corporate realm, maybe more so. So, in the midst of a doctoral program primarily focused on Christian leadership development it is prudent that time is taken to consider the potential hazards of leadership, even if that criticism is largely concerning the corporate realm.

In addition to my teaching load and study for this LGP program, I am acting as a proofreader for a friend who is in a doctoral program in another institution. Their program is in organizational leadership and as I

was completing our readings for this week, I was proofreading posts for my friend. Frighteningly, the readings with which they were engaged this week were all espousing the positive outcomes for corporations when transformational leadership is applied universally. Tourish affirms this bias when he states; “much of the literature on leadership in the popular, practitioner and business press and in academic journals stresses the notion of leaders as heroes and charismatic visionaries.”[2]I passed on the details of our text for this week encouraging them to read a counterpoint to the articles they were required to read.

To be completely honest I did not feel the need to read the second section providing real life examples of Tourish’s claims, I lived a real-life example and understand all too well the dangers of unequivocally embracing the premise of transformational leadership. So, I ask myself a question; “Having experienced the negative effects of someone applying transformational leadership theory, why am I pursuing a doctoral program in leadership?” If I am honest it may be because I desire to have the influence over others that Tourish warns against. Likely all those reading this blog have had experiences with pastors and other Christian leaders similar to my own nightmare. Thus, we all know that even followers of Jesus are not immune to the temptations presented by transformational leadership.

The desire of all of us is likely to help others, but by that we may inherently mean that they need help seeing the world as we see it. Transformational leadership suggests that the leader is the one foisting transformation upon any potential followers. “A stress on how leaders transform others inevitably changes the relationship between leaders and followers from a two-way exchange into a one-way process of domination that has an inherently autocratic potential.”[3]While this may not be a conscious desire it must be recognized that there is ample proof to support Tourish’s claim that; “Models of leadership which assume that powerful leaders can be relied upon to behave wisely, ethically and for the public good are mistaken. Power adversely affects our ethics, perceptions of others, levels of testosterone and our inclination to engage in risky behaviors.”[4]

Despite this, it is clear that Jesus was a transformational leader yet, his leadership was not autocratic but encouraged disciples and followers to come to their own conclusions about what it meant to follow him. This is evident in the New Testament church when there are ongoing discussions regarding circumcision, what foods are permissible to be eaten etc. The way of pursuing God became broader, not narrower, as a result of the incarnation.

Tourish is not without his critics and these too need to be considered as we embark on our own leadership journeys. If Tourish’s desires are applied fully there is the potential “risk of leadership disappearing altogether.”[5]Certainly, this is not the solution for Christian leadership either lest we become embroiled in the ‘broth being spoiled by too many cooks’.

What then should be the goal of Christian leadership? I can only answer for myself. I certainly do not want to replicate my personal nightmare on anyone else, even when I feel I have been given some specific vision

for the future. Jesus demonstrates that it is possible to speak and lead with authority (Mark 1:27) yet, with incredible humility and in a posture of servanthood. (John 13:4-5) I am not certain that I am capable of anything like that, in fact, I am certainly not on my own. But, if I continue to allow the Holy Spirit to transform me into the image and likeness of Jesus then the potential for real leadership yet exists within me.

[1]Here is a link to some of the sordid details of his final departure if you are interested. If you work in Higher Education at least look at the picture in case he applies for a position at your institution as he continues to do. https://www.heraldcourier.com/news/faculty-to-king-university-president-we-have-no-confidence-in/article_d688ffc4-9453-11e3-8c67-0017a43b2370.html

[4]Ibid. p. 8 – (I believe this quote assumes male leadership and it makes me wonder what the hormonal effects are to women in leadership, if any. Perhaps this is another reason to promote more women to leadership roles.)

8 responses to “The Stuff of Nightmares”