“You were taught, with regard to your former way of life,
to PUT OFF YOUR OLD SELF,
which is being corrupted by its deceitful desires;
to be MADE NEW in the attitude of your minds
and to PUT ON THE NEW SELF,
created to be like God in true righteousness and holiness.”

According to Forbes Magazine, the coaching industry is experiencing exponential growth and demand like never before. In fact, “the International Coaching Federation estimates that life coaching is a $3 billion industry, including 71,000 coaches worldwide.” 1 In his book, Mining for Gold, author and coach Tom Camacho explains how leadership coaching was instrumental in his own professional development and eventually translated into a passion for coaching others. Comacho shares personal stories of the lessons he learned through coaching and establishes a framework for other Kingdom workers to grow leaders through a similar coaching process.2

I appreciated Camacho’s clarity on the six principals that make up his approach to leadership coaching in a Christ-centered context. He proposes that these six principals lead to thriving in one’s life:

In the second half of his book, Camacho discusses these six principals in detail, offers biblical basis for them and provides reflection questions for the reader to go deeper. Regardless of whether one is a leader of an organization, family or other initiative, keeping these principals in mind is a great way to keep the focus of one’s power and influence where it belongs—in God’s capable hands rather than getting caught up in personal ego and striving. For that reason, I highly recommend it for leaders of all ages, but especially those who are finding themselves stuck and disenchanted with their leadership position.

As someone who has worked with several coaches and is a coach, herself, Mining for Gold prompted me to contemplate why coaching has become such a popular growth tool and also reflect on important factors to consider when it comes to coaching. These two trains of thoughts are explored below.

Why has coaching become such a popular personal growth tool?

While business coaching became popular in the 1980’s, it wasn’t until the 1990’s that personal coaching exploded into the mainstream. During this decade, “references to coaching were continuously mentioned in journals and the increase of such articles drastically increased.”3 Since then, I believe the internet has played a major role in making coaching available to markets like the faith community, wellness community, parenting and even niche markets like personal organizing. The beauty of coaching is that it can be applied to all facets of life, not just one’s career.

I have also seen the internet and social media play an important role in promoting the concept of coaching. With coaches being able to advertise their services to a broader audience and coachees able to share the results they’ve developed; social media is a primary channel where people learn about my services as a coach. Additionally, the pandemic familiarized almost every household to remote communication tools like Zoom and Facetime, opening the door for coaches to coach more people than ever and not be limited by proximity.

Finally, Camacho’s insights about the importance of listening and relationships when it comes to personal growth are key. In the chaotic and busyness of modern life, many people do not have opportunities to share about their life with someone who will truly listen—and that is the most important role of any coach. As Camacho states, “the primary tool of the Mining for Gold process is the skill of asking great questions…when we learn to ask tremendous questions, a whole new world of growth and discovery comes alive for us and the leaders we are working with.” 4

Important factors to consider when it comes to coaching.

One of the positive and negative aspects of coaching is that anyone can do it! Unlike a traditional therapist, becoming a coach does not require years of education. There are certification programs for coaches, but not any that are mandated by the government in order to practice. Therefore, it makes choosing the right coach all the more important. A good place to start is to ask for referrals from other people who have had the same kind of coaching you are interested in.

Another important factor to consider is the difference between coaching and traditional therapy. Many people think that therapy focuses on the past while coaching focuses on the future, but that is not necessarily true. Good coaching requires that people reflect often on the past to consider such things as where their gifts were most fruitful, where personality differences have caused conflict and more. Others create a boundary between therapy and coaching by the fact that therapy is for people whose lives have become too difficult to live in a healthy way and coaching is for healthy people who want to move forward. However, even that distinction is becoming more and more blurred with coaches helping people who may have been diagnosed with a mental health issue by coaching them through a particular aspect of their life even as they get therapuetic help for their mental health.

According to Peter Buckert, one way to more effectively distinguish between coaching and therapy (and thus offer guidance on which is best suited for a person) is focus on the intention of each. The intention of therapy is typically to help an individual navigate all aspects of their life in a more healthy manner while coaching is generally focused on generating outcomes related to very particular aspect.5

In summary, God created us to be in relationship with others and it’s good to consider hiring a coach to be one of the relationships that helps us understand our identity, our unique gifts and ways of seeing the world, and hone in on how God is directing us in our lives. As a coach, I realize I may be biased, but I believe that coaching provides the clarity, insight and opportunity to reflect that many people desperately need. I am thankful for Tom Camacho’s work to foster coaching as important part of leadership development in faith communities and beyond. 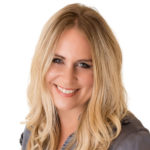 Laura Fleetwood is a Christian creative, certified Enneagram Coach, doctoral student at Portland Seminary and Creative Director at her home church, Messiah St. Charles. As a published author, national faith speaker, podcaster and self-described anxiety warrior, Laura uses storytelling to teach you how to seek the S T I L L in the midst of your chaotic life. Find Laura at www.seekingthestill.com

10 responses to “The Rise of Coaching”