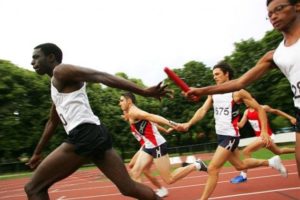 The evangelical movement reaches much wider than most might assume. When one considers evangelicalism and its leaders it is likely in the contemporary world that figures such as Billy Graham, Chuck Swindoll, Charles Stanley, Francis Chan, Ravi Zacharias, Bill Hybels, Joyce Meyers, James Dobson etc. come to mind. While these people may be representative of a portion of the contemporary evangelical

movement it is not limited to the conservative branches of the world Church. “In fact, some of its most influential thinkers and personalities are members of denominations that are not widely identified as ‘evangelical’.”[1] This demonstrates the broad scope of the movement where individuals are connected more by a loosely constructed set of basic beliefs with some latitude for forms of application. There are four main foundational beliefs upon which the movement is based. 1. That Jesus is the one in whom ultimate meaning can and should be found. 2. The Scriptures are held in high regard and seen as authoritative. 3. The practices of water baptism and the Eucharist are essential. 4. The doctrine of the Trinity is accepted as the means by which to explain the Godhead.[2]

The Evangelical movement speaks to a transcendent reality and in addition to the theological underpinnings is also largely experiential. Thus, it is not unusual to hear evangelicals speak of significant events where they sensed God’s presence in a unique way much like John Wesley’s experience at Aldersgate. These experiences are interpreted as signs of God’s Spirit intersecting with one’s life to bring comfort, understanding or calling. It is therefore not surprising that of all the movements of the Christian Church this is the one that evidentially has had the most significant worldwide impact. It is this experiential aspect of Evangelicalism that has the potential to attract emerging generations immersed in post-modernism. While they certainly desire robust and critical thinking they also require that any beliefs have pragmatic and near immediate application.

Reading the text for this week, Global Evangelicalism, was a reminder that the Church has always struggled with maintenance of religious fervor. It is often assumed that this apparent waning of interest in

the Christian faith is a new phenomena. Charles Taylor’s work ‘A Secular Age’ suggests that the real change that has taken place is in the area of alternatives.[3] However, a sense of staleness was recognized only a few generations after the Reformation. The initial Evangelical movement came about largely because “by the seventeenth century Protestant Christianity was widely regarded as having lost its Gospel vitality.”[4]  The struggle to transfer a vibrant Christian faith to the next generation has always been a challenge it seems. In each age of the Christian movement it has been necessary to discern the cultural changes and adapt the Gospel to them. The Christian faith has always been only one generation away from complete collapse. This is nothing to fear but rather represents only a problem to be solved. It also suggests that the answers to the transference problem will by necessity be unique to the new generation as previous methods are unlikely to captivate them in the same manner.

For contemporary emerging generations part of the unique solution may include the need for a multi-cultural expression of faith. “The world is becoming more and more a single place, a single ‘village,’ with all the outcomes this has on human relations and the way we see the world.” [5] The mono-cultural Christian framework representative of the vast majority of the Church, and in which most adults likely feel at home, is not reflective of the contemporary ‘global village’ and often seems disconnected to real life experiences for many young people. The Church is therefore often seen as antiquated and disingenuous, part of the cause of the polarization evident in society rather than the solution. Although the Christian faith taken as a whole is the most ethnically diverse of any religion this is generally not reflected in the local congregation.[6] For emerging generations this smacks of exclusivism and bigotry, something they are more averse to than any previous generation.

Globalization and post-modernism also cause other potential challenges for orthodox Christianity as; “boundaries (religious, political, and cultural) are blurred or marginalized…The key assumption….is that there is no ultimate universal set of truths to be attained.”[7] Between mono-culturalism and the elimination of universal truths it is little wonder that emerging generations are leaving the Church in record numbers. However, all is not lost. If the Church can transform itself into the multi-cultural body of believers it was designed to be (Colossians 3:11) as well as discern the best means of communicating the essentials of the faith in order to transmit its dynamic iteration for this specific time period, the next generation will certainly be captivated. Some may fear change and suggest that the Gospel is being diluted in order to become palatable for emerging generations. However, this transformation of the faith is nothing new. “This has happened several times in the history of Christianity; the faith [has undergone] both major expansion while at the same time virtually reinventing itself in new forms.”[8]

orthopraxis the ultimate goal should be passing the baton to the next generation for them to carry into the future. Ultimately it will be up to them to determine the essence of the Christian faith while the leaders and adults of today will move on to become part of “the great cloud of witnesses.”[9](Hebrews 12:1)

3 responses to “The Final Christian Generation?”