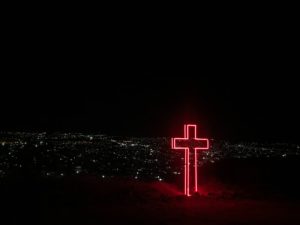 The beginning introduction enraptures readers on a fictitious narrative that weaves in and out of the relativistic, nationalistic, and idealistic nature of the foundation of one’s American culture. Greg Lukianoff, attorney and author[1] and Dr. Jonathan Haidt, social psychologist at New York University’s Stern School of Business[2] challenge their readers to understand that the very nation that stands for freedom is the very epitome of enslavement.

Society has always stemmed from a diversified perspective, and words have always held the power to unite or divide. However, they have always had the privilege of being spoken, masticated, and either spewed or adopted. “What is new today is the premise that students are fragile. Even those who are not fragile themselves often believe that others are in danger and therefore need protection.”[3] This produces a high rate of advocacy; however, it also presents a high rate of codependence. If one’s only preference is blame, then they’ll never own their own ideas, their own convictions, or their own actions. This also produces a stance of hierarchal redemption, whereby victimization is encouraged because it supports subjection and segregation of people groups.

According to Lukianoff, “Many university students are learning to think in distorted ways, and this increases their likelihood of becoming fragile, anxious, and easily hurt.”[4] Hence, according to the authors, one’s ability to think differently does not simply impact one’s future ambition, but one’s present perspective. Therefore, it is not positive thinking that protects our identity, but positive debate that grounds our purpose.

Nevertheless, which came first? The chicken or the egg? Those who are perpetuating an insular form of leadership theory within the classroom are not tied to one generation, but all generations. Hence, it is the quest to beat one’s drum more loudly than the rest.

Religious organizations spent ten years fighting over whether you had to wear a tie to church, and millions of Boomers just quit going. (Unlike previous generations, Boomers didn’t wait their turn; they dropped out of church or joined congregations that didn’t require ties.)[5]

In many ways, choices and differences have not always encouraged tolerance or diversity, but separation and stringency. However, Millennials and Generation Z are the specimens under the glass, because they are abiding within the walls of progress and navigating within the constraints of inclusive speech. For instance, “Few Americans had ever heard of a ‘safe space’ in an academic sense until March of 2015, when The New York Times published an essay by Judith Shulevitz about a safe space created by students at Brown University.”[6] According to Shulevitz:

Some people trace safe spaces back to the feminist consciousness-raising groups of the 1960s and 1970s, others to the gay and lesbian movement of the early 1990s. In most cases, safe spaces are innocuous gatherings of like-minded people who agree to refrain from ridicule, criticism or what they term microaggressions — subtle displays of racial or sexual bias.[7]

However, this type of separation is not just prevalent within secularity but within Christendom. The church mirrors the same image. For instance, the church is one of the only entities to perpetuate the idea of segregated learning and leadership. We have relegated groups for men, women, young married couples, dating couples, singles, children, divorced, and the list goes on. This type of isolation was not birthed from Millennials or Generation Z – it was birthed by Traditionalists and Boomers. “By the mid-19th century, Sunday school attendance was a near universal aspect of childhood.”[8] This occurred because children were given their own segregated space within the church.

The authors begin their assessment of today’s culture, by giving a defense of their research and emphasizing, “We are not blaming iGen. Rather, we are proposing that today’s college students were raised by parents and teachers who had children’s best interests at heart but who often did not give them the freedom to develop their antifragility.”[9] Yes, some within this generation might struggle to discuss the variant of perspectives with those who differ; however, if one looks at the curriculum of yesteryears, it’s evident that we’ve actually progressed when it comes to globalized understanding and diversified thought.

For instance, racial segregation was still legal until 1979[10], homosexuality was considered a mental disorder until 1987[11], and it’s been over fifty-years since students were forced to adhere to the Christian faith that was not their own[12]. Although safe spaces have become a phenomenon in many university settings, I don’t see this as a response to the student’s needs, but humanity’s preference for segregation. Therefore, antifragility is not tied to generational norms, but the personal bias that infiltrates our campuses, our communities, and our churches.

[3]Greg Lukianoff and Jonathan Haidt, The Coddling of the American Mind: How Good Intentions and Bad Ideas Are Setting up a Generation for Failure (New York City: Penguin Press, 2018), 13.

[4]Greg Lukianoff and Jonathan Haidt, The Coddling of the American Mind: How Good Intentions and Bad Ideas Are Setting up a Generation for Failure (New York City: Penguin Press, 2018), 14.

[5]Haydn Shaw, Sticking Points: How to Get 4 Generations Working Together in the 12 Places They Come Apart (Carol Stream, Illinois: Tyndale House Publishers, Inc., 2013), 21.

[6]Greg Lukianoff and Jonathan Haidt, The Coddling of the American Mind: How Good Intentions and Bad Ideas Are Setting up a Generation for Failure (New York City: Penguin Press, 2018), 21.

[9]Greg Lukianoff and Jonathan Haidt, The Coddling of the American Mind: How Good Intentions and Bad Ideas Are Setting up a Generation for Failure (New York City: Penguin Press, 2018), 41.

7 responses to “Safe Spaces within the Church: When Segregation Still Pervades the Sanctuary”