Amazon, for all of it’s faults, is a pretty amazing and useful website (somehow that title doesn’t do justice to what Amazon is… but I digress).  For instance, when I went to the Amazon.com page for this week’s assigned reading, Love is an Orientation: Elevating the Conversation with the Gay Community by Andrew Marin, there was a little grew box at the top of the page that let me know that I ‘purchased this item on April 20th, 2009’.
April of 2009, then is the first time I engaged with Andrew Marin’s critical contribution to this conversation.  And I can say, somewhat unfortunately, that Marin’s book is as unique and important today as it was then (the unfortunate point is that more of the conversation hasn’t moved in this direction, not that that Marin’s voice is still important).

When I re-read the ‘P.S.’ of Brian McLaren’s foreward, I instantly remembered how, as I was engaged in fairly intense theological (and emotional) debate over this issue during my seminary years [with some of the ‘big’ Presbyterian names in this debates: Gagnon & Achtemeier], it had become a kind of hope/wish/prayer for our discourse with each other.  McLaren writes:

After taking David Brooks to task for playing the ‘both sides’ card too often, highlighting this point might seem a bit, shall we say hypercritical.  However, my issue with Brooks was that it frequently comes in a effort to ‘seem’ balanced.  Here, Marin’s middle way – or fourth ideal – is really all about fostering relationship, community and understanding.  These are the most worthy goals in my mind.

McLaren’s foreward also lead me to reflect on the moment, during the interview process where I thought I lost the job I am now in.  It was during my second or third phone interview – so two or three hours into the conversation with the nominating committee – and the question came from one of the members: ‘A member comes to you and wants their child to be married in the church, it will be a same-sex wedding, what do you do?’  [In PC(USA) Polity there is freedom of conscience on this issue as well as share responsibility: so, as a pastor it is up to my conscience if I am willing to officiate a same-sex wedding, or not, the church cannot compel a pastor in either direction- and I cannot be disciplined either way;  the session, however, has full authority and final say over whether same-sex weddings can be held in the church/church property]

Taking a page from Marin’s book – (103 ‘why one-word answers’, to be exact) I immediately made it clear that I wasn’t going to give a very good or satisfying ‘interview’ answer.  I shared that if they were looking for clear, ‘easy’ answers, I could do that if we wanted to talk about what I believe the ‘bible says’ (although I loathe that phrase – and Marin does a great job of working through why it’s never quite that easy, while he worked through the ‘major’ texts) about homesexual practice – in the abstract.   But, first, I reminded them that the session would have to make the decision about the wedding and the church.  Second, I shared that I was much more interested in a deeper, more important question: how do we show God’s love, grace and salvation to everyone involved in the situation?

I shared as well, that I truly believe that faithful Christians can come to different conclusions about the sinfulness or lack thereof of a same-sex marriage, but that generally that is not the conversation or the focus that the church is called to have.  And, regardless of where one falls on the spectrum of understanding here, as a Christian all of us are still called to extend God’s love and grace – so what does that look like?

I believe this book and the wisdom located within is a critical dialog partner for leaders and congregations seeking to share God’s love and faithfully witness to the community they are located in.  One of the biggest lessons, however, is not in any way specific to the topic of homosexuality.  Rather it is about how Marin approached a topic – and a group of people – who he didn’t understand and had many presuppositions about.  The section about Marin’s Bible study, first mentioned on pg. 20-21 and then again beginning on pg. 105, where Marin talks about the Bible study he lead and he asks why his LGBTQ friends came and why they invited others is, in my opinion, incredibly instructive.  He engaged with them as children of God – not Gays and Lesbians…. Whatever difference we have with people – where ever we are tempted to judge people for behaviors  before we know their hearts, it would be wise for us to follow Marin’s example – he didn’t sit in judgement, instead he invested time – his whole life, really – in building relationships.

I preached last week about Family – and who we are supposed to consider family as followers of Jesus – I think it directly relates to what Marin has done and to this conversation…. plus I talk about my dissertation…. If you want to check it out you can do so here: HPC Traditional Service or here: HPC 2nd Mile Service 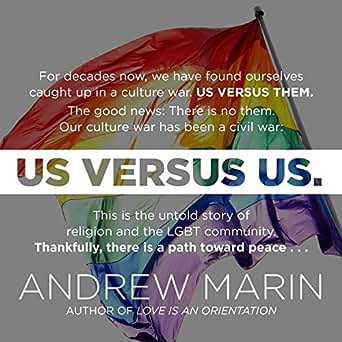 8 responses to “On the other hand, sometimes the middle is right where you are called to be”