The “2016 London-Oxford Advance” was my first “face-to-face” experience as a new student in the Doctor of Ministry in Leadership and Global Perspectives program at George Fox Evangelical Seminary.  Throughout this twelve-day experience, my head was filled with new thoughts and ideas as we were introduced to many great leaders and thinkers.

Yet, beyond the words and the teaching, was the environment.  Great Britain has such a rich history in Western civilization and the development of Christianity.  I have found that God often teaches me things in between the items on my schedule.  Here are some photos and thoughts from my wanderings.

As I stepped off my train after an overnight flight from Dallas to Heathrow, I was reminded how much transportation is linked to culture.  In Taiwan, the majority of people ride scooters, and very few adults even know how to drive a car.  In the Philippines, Jeepneys trek through urban concrete jungles and literal jungles while passengers hang all over the vehicle, holding on for dear life.  In Guangzhou, China trains and subways are also the norm, but the people are crammed in so tightly that the experience is totally different than what I found in London.

These are all different than my experience in Fort Worth, Texas.  In my city, public transportation is primarily for the under-resourced.  In Texas, pickup trucks and SUV’s are dominant.  As I think about this, I reflect on how isolated people in my city are from “strangers.”  In Fort Worth, is it is possible to go about our daily living without having a conversation with someone whom we have never met?  In my world, taking the bus is looked down upon, yet after traveling in London via public transportation, I pause and reflect on the negatives of living our lives traveling in “steel cages” (a derogatory term that motorcyclists use to describe automobiles).

As I was walking in the park near our hotel in London, I stumbled across Kensington Palace.  A royal residence since 1689, many of Britain’s kings and queens have lived here beginning with King William III and Queen Mary II.  As I walked past it, I remembered watching the 2009 film The Young Victoria where the future queen was locked up in this residence as a virtual prisoner.  At the height of Queen Victoria’s reign, over one-quarter of the world’s population was under her rule.  In my lifetime, it was the home of Diana, Princess of Wales, and her two sons after her divorce.

As I walked through this manor, I reflected on the many rulers who walked along the same hallways.   I was struck by the great amount of history that seems to be around every corner of this city.

We listened to brilliant men talk about ministry in England at St. Margaret’s church.  I was impressed by their desire to creatively reach out to people in changing times.   Yet, it is this photo that is an indelible memory for me.  In the midst of the process of listening, learning, and assimilating new ideas, we stopped to pray.  As men and women of different ages and diverse backgrounds laid hands on Rev. Jeremy Crossley, the rector of St. Margaret’s, I was reminded that we are all one family.  As a part of the body of Christ, this experience was more than academic.

While I have several photographs of the Hillsong Worship Service in London, it is this photo taken after the service that stands out.  There was a buzz as people left.  As I stood on the balcony level and looked down, I saw European, African, Asian, Latino, and Middle Eastern men and women talking, laughing, and connecting. Instead of a barrier, diverse ethnicity was an asset.  Like the many colors on an artist’s palette, it was a beautiful sight.

As I walked through London’s Chinatown, an area that exhibits dozens of local eateries, shops, and massage studios, I was struck by these pictures in a local shop window.  These were lenticular photos that create a three-dimensional effect.  What impressed me was that Jesus was here next to a laughing Chinese Buddha, and three glowing Theravada style Buddhas.   Above them was a picture of Tara, the female Buddha.  It reminded to me that, for all the Christian witness in London, many Asians see Jesus as just another Buddha.  It is heartbreaking as I think about the ramifications of this.  It is simply not enough to tell someone ABOUT Jesus.  For Buddhists and Hindus, Jesus is just another god that can be assimilated into their worldview.  This photograph reminds me that evangelism across worldviews is rarely quick and easy.  It takes time and perseverance.

Upon arrival in Oxford, we attended the Evensong service in the Christ Church Cathedral.  It was a moving experience that was even more surreal by the haunting voices of the boy’s choir echoing through the hall.  After the service was over, I wandered around this magnificent structure.  In the midst of stain glass windows, statues, and antique furnishings, I came across this odd wall hanging.  It was a Memento Mori. “Memento Mori” is a Latin expression that means “remember that you will die.”  In the middle ages, it was a popular concept.  No matter who you were, no matter what you have accomplished, you are still mortal.  As I reflected on the many kings, queens, and powerful people who have worshiped in this room, I stopped to wonder how many of them paused as they gazed upon this winged skull?

As I was winding up my week in Oxford, I did not want to leave without seeing the painting, “Light of the World,” at Keble College.  This famous painting of Jesus knocking on a door (without a doorknob) was one that I have seen reproductions throughout my life.   I expected the painting to be magnificent, and it was.

Yet, it was not that famous painting that made such an impression on me.  As I entered the Byzantine styled chapel, I was surrounded by the most magnificent mosaics that I have ever seen.  Every panel in the church was utilized to portray a Bible story.  Noah and the Ark, Moses lifting the snake in the wilderness, the birth of Christ, and many more stories were illustrated here.  I have never seen anything like it.  With stained glass above, and immaculate furnishings below, I was awestruck.

For me, in this serendipitous experience, I felt God’s abundant provision.  I ventured out by myself, walking across streets and through alleys in search of one small piece of art.  When I finally arrived, I saw so much more beauty that I expected. More than that, these were not pictures of nameless church leaders, these were depictions of stories in scripture that I knew and loved. It was a wonderful surprise.

As I wrapped up my time of learning and wandering, I went away with so much more than typed notes from lectures and photographs from sightseeing.  I left with a new group of friends.  When I first boarded the plane, I barely know Jim, Lynda, Jennifer, Geoff, Katy, Chip, Mary, Kristin, and Christal.  By the end of this trip, I truly had grown to love and respect my cohort.  Being the seventh cohort in the Leadership in Global Perspectives program, we adopted the name “The Sevens.”  For me personally, getting to know these men and women was the highlight of the trip.  I am excited to see where the Lord takes us in the years to come. 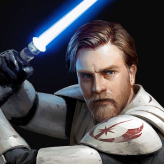