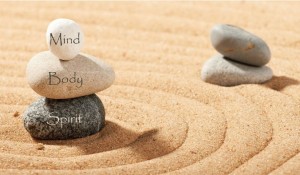 In the opening of Noll book, The Scandal of the Evangelical Mind, the author writes, “the scandal of the evangelical mind is that there is not much of an evangelical mind.”[1] This can seem offensive, if a person decides to be fixated on that sentence, the book would appear to be a negative critique of evangelicalism. Noll’s argument is directed to evangelical scholarship and it’s lack of depth in the areas of politics, social theory, economics, science et cetera. In particular, Noll insists that “American evangelicals are not exemplary for their thinking, and they have not been so for several generations”[2] Yet he is also quick to acknowledges that evangelicals indeed have “… extraordinary ranges of virtue … including great sacrifice in spreading the message of salvation in Jesus, open-hearted generosity to the needy, heroic personal exertion of behalf of troubled individuals”.[3] The author repeatedly relays a major concern for the need for a robust and Christocentric intellectual presentation from the evangelical sphere. As though good intentions are not enough, Noll laments:

Despite dynamic success at a popular level, modern American evangelicals have failed notably in sustaining serious intellectual life. They have nourished millions of believers in the simple verities of the gospel but have largely abandoned the universities; the arts, and culturally upscale subgroups, evangelicalism has little intellectual muscle.[4]

In his other book titled “Jesus Christ and the Life of the Mind”, the author introduces the reader to a rather well formed argument for the centrality of Jesus Christ and His impact on the evangelical’s ability to learn. Noll notes “coming to know Christ provides the most basic possible motive for pursuing the tasks of human learning”[5]   I was encouraged to know that a believer in Christ can seek to glory Jesus Christ through learning that is beyond the need to think in a “Christian” manner.

Noll points his readers to John 1, Colossians 1 and Hebrews 1 as the scripture basis for Jesus’ initial dominion in and over learning. He also focuses on the historical creeds in the Christianity as potent pillars in the search for intellectual vitality. Jesus Christ and His lordship in and over learning as important in the academy, was an intriguing aspect of Noll’s book.  Christ’s powerful impact in the learning process can bring a believer to the realization of four key elements, namely: “duality or doubleness, contingency, particularity, and self-denial.”

Noll’s book propelled me to think about how I might practice some of the ways he suggests in order to totally open myself to centrality of Jesus Christ in my mind and heart life on daily basis. I was gripped by the section on “Self-denial” Noll writes:

Before the mysteries of the incarnation, intellectuals who realize how much their own work depends on Christ’s work simply accept that all intellectual endeavors are limited…. scholars are justified by faith and not by their scholarship can also have a tremendously liberating consequence for learning itself.[6]

Noll’, counsel reminds me of what it means to be a disciple of Jesus Christ afresh. For the term “disciple” means to be a learner and I now I appreciate the added element of a learner who is not selfless, but thinks of one ‘self, less and less each moment and day that goes by. That would be a practical prayer posture in line with the scriptural wisdom of “He must become greater; I must become less”[7] With instructions from educators like Noll, believers are encouraged to trust that the evangelical intellect, “can arise as a natural extension of Christian belief”[8]

12 responses to “Nurturing a spiritual mind”