‘People come to faith not just because they decide that

This is NOT the ‘prayer technology Luhrmann was talking about

the propositions are true but because they experience God directly . They feel God’s presence . They hear God’s voice . Their hearts flood with an incandescent joy.’ (Luhrmann, 223)

The sentiment above, is one that has rung true in my experience.   Simply put, there is more to faith than intellectual ascent, and it is often a feeling that then spur the in initial movement towards belief.

It is no secret that many people look to prayer as a resource and an avenue to connecting with God in a personal and ‘real’ way.   This was the case for a woman that came to my office several years ago.  To say that she was distraught is probably an overstatement, but not by a lot.

This woman took several minutes – maybe 20 – to highlight all the different prayer techniques that she had tried, including books, Sunday school lessons, and even 2 seperate retreat events.  All of these experiences left her with basically the same feeling: nothing.  She said that she didn’t know how to pray, and she was convinced that was the problem.  She was looking for a simple method to learn that would both connect her more deeply to God and make prayer in and of itself more meaningful.

She is definitely the most extreme example, but in my life and ministry I have encountered many people that were experiencing multiple feelings at once.  On the one hand, there is a deep longing and desire to know God and to grow in understanding and in faith, and on the other an experience of the futility of the practice of prayer. 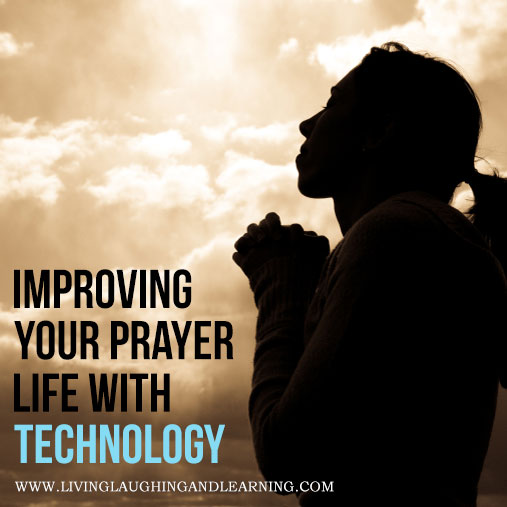 Over the course of many visits – encompassing several months, we worked through a variety of systems or styles for prayer: we practiced together (and sent her to practice on her own) everything from the practice of the daily office (using Phyllis Tickle’s The Divine Hours, which I highly recommend) to Lectio Divina to versions of centering prayer and the ‘ACTS’ model that I was able to find.

Each visit began with a debrief of the past several weeks attempts at meaningful prayer.  These reports varied but the consistent theme that ran through all of them was something to the effect of: ‘this just isn’t doing it for me…. I want to feel something, but these prayers just left me flat’.

Eventually, this woman stopped making appointments to see me and usually did her best to evade my questions about her prayers whenever we did see each other.  My hope is that, eventually she found a form of prayer that did feel meaningful to her and that helped her connect to and better understand God – but I can’t say that I believe that is what happened.

Because of this experience and many others, including my own times of feeling disconnected, ineffectual or unmoved by prayer, I was immediately interested in the ideas – and the science behind the book, When God Talks Back: Understanding the American Evangelical Relationship with God by T. M. Luhrmann, particularly chapters six and seven that deal extensively with prayer (with the inviting titles ‘Lord, Teach us to pray’ and ‘the skill of prayer’.

The burning question for me as I read the book as a whole, and these chapters specifically, as seen through me interactions with his woman can be framed like this: Did we just not find the ‘right’ formula for prayer or is she (and many others) simply not built to experience prayer in a meaningful way?   In other words, was the problem with the software (the forms of prayer we were trying) or the hardware (the person and/or their ability to focus, etc.)

Luhrmann highlights that what is going on in prayer can be broken down technically:

There is what you might call a technology of prayer that centers on attention.  That is , if you put to one side the theological purpose and supernatural efficacy of prayer , prayer changes the way the person praying uses his or her mind by changing the way that person pays attention…… it is important to understand the mental mechanisms of prayer because they are powerful.  In order to make sense of how prayer changes people, we need to understand what its technology demands of the mind.
From an anthropological and psychological perspective , the central act of prayer is paying attention to internal experience — thoughts , images , and the awareness of your body — and treating these sensations as important in themselves rather than as distractions from the real business of your life………When we work through things in our mind, when we reenact a conversation, when we daydream, The person praying has to learn to use the imagination to experience God as present, and then to treat what has been imagined as more than “ mere ” imagination . That twofold shift in attention — toward the internal , as the external — is the heart of the skill in prayer. (Luhrmann, 158 – emphasis mine)

Is this thing on? Is it working?

Luhrmann goes on to demonstrate how her research does show that the answer to my burning question is ‘Yes… but’.  Using a tool called the ‘Tellegen Absorption Scale’ she was able to quantify that certain people were more readily able to experience this absorption and that related which lead to a profoundly different experience of prayer:

All this suggests that absorption is the capacity to focus in on the mind’s object — what we imagine or see around us — and to allow that focus to increase while diminishing our attention to the myriad of everyday distractions that accompany the management of normal life…….That is why absorption is central to spirituality.  The capacity to treat what the mind imagines as more real than the world one knows is the capacity at the heart of experience of God.  The very concept of a god, a more – than – natural being, rests on the premise that the world we know is not all of the world, nor indeed the most important part of it. The psychological capacity for absorption allows us to experience that concept as true. (Luhrmann, 201)

Later, Luhrmann adds what is perhaps the critical point:

The anthropologist Maurice Bloch argues that religion requires the ability to imagine and to trust.  He is right.  That is why those who say “ true ” to many of the questions on the absorption questionnaire are more likely to report that they focus deeply in prayer, that they know God with their senses, and that they experience God as a person.  When a supernatural God is imagined as a person who talks to you, the people who are really going to feel comfortable talking to God will be the people who enjoy their imaginative journeys in the first place. (Luhrmann, 202)

The woman that came into my office and worked through prayer after prayer with me, it seems almost certain, would not score very highly on the absorption questionnaire.   But all of the news from Luhrmann’s work is not bad for those of us, like my longtime prayer partner, that struggle with prayer.  While there maybe some of us that are ‘natural born prayers’, it does seem that if we take the time and stick with prayer, especially the kataphatic type of prayer, there can be some movement and improvement on our experience of prayer.  Practice will not make perfect, especially if you are naturally low on the absorption scale, but it can lead to improvement – and maybe even transformation:

Knowing God involves training, and it involves interpretation. Each faith—to some extent, each church—forms its own culture, its own way of seeing the world, and as people acquire the knowledge and the practices through which they come to know that God, the most intimate aspects of the way they experience their everyday world change. Those who learn to take God seriously do not simply interpret the world differently from those who have not done so. They have different evidence for what is true. In some deep and fundamental way, as a result of their practices, they live in different worlds. (Luhrmann, 226) 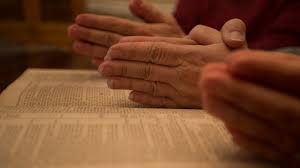 8 responses to “Natural Born Prayer or it’s not God, it’s me”