Written by: Colleen Batchelder on March 7, 2019 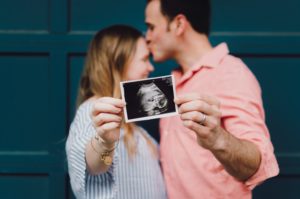 As I peered into the pages of Jonathan Grant’s, Divine Sex: A Compelling Vision for Christian Relationships in a Hypersexualized Age, I could feel my heart rate increase and my stomach turn. “Not again!” I thought. “Not another book that generalizes singleness and formulates another antidote.” However, as my frustration waned and the pages turned, I saw a glimmer of hope; however, it was short-lived.

According to the author, sexuality is not simply subjected to the marriage context, but evident within the habits and status of the single person. However, although Grant casually affirms singleness as a status within its own right, he fails to present the idea of marriage from a diversified lens and perpetuates that the majority of singles are frustrated with their interim status.

For instance, he presumes that Christian marriage must succumb to the expectation of Christian parenthood. He asserts:

Therefore, according to Grant, marriage is purposed for the practice of procreation. He writes, “Intimacy with heterosexual marriage is purposeful or teleological (it can bear new life), normative (it expresses God’s intended design for sexual relationships), and comprehensive (the complementary natures and bodies of men and women in marriage are a reflection of God.”[2] Hence, according to the author, Christian marriage must be complementary and filled with children, otherwise, it’s not deemed as ‘normative’. However, what about the fact that multiple Christian men and women are choosing to remain childless. According to a recent study by Pew Research:

Nearly one-in-five American women ends her childbearing years without having borne a child, compared with one-in-ten in the 1970s. While childlessness has risen for all racial and ethnic groups, and most education levels, it has fallen over the past decade for women with advanced degrees.[3]

A recent article in Today’s Christian Women also revealed, “Among women ages 40–44, the number of voluntarily childless now equals the number who wanted children but couldn’t have them.”[4] I’m not suggesting that children are not a gift from the Lord. However, most churches see them as a mandatory staple. Think about it. When was the last time you witnessed a pastor in your denomination who was either single or married without children? Even churches that are egalitarian still see marriage as the pinnacle of perfection and Christian maturity.

Grant asserts, “Christian singleness must be affirmed as a positive vision of life because it constructively engages our sexuality rather than ascetically rejecting it.”[5] However, Grant perpetuates the topic of sex, marriage, and singleness from a stance of traditionalism in the midst of ‘secularized’ society. The author presumes, “It is, I believe, a critical challenge for the church, as this generation of young adults becomes ground zero in the sea change brought about by the modern world and its approach to intimate relationships.”[6] Many churches take this perceived issue too far. I’ve seen friends undergo ‘healing’ for their singleness or be invited to shadow a married couple in order to fix their ‘relational issues’.  How does the church not see this as abusive? Would we treat Paul or Jesus in the same way? Would we try to fix them simply because we’re uncomfortable with their lack of marriage? Pastor Mark Almlie contributed an article to Christianity Today titled, Are we Afraid of Single Pastors?  He revealed:

These churches explicitly were not looking to hire someone single–like Jesus or Paul. I then was surprised to discover that even though the majority of adult Americans are single (52 percent), that only 2 percent of senior pastors in my denomination are single! Something was clearly amiss.[7]

If we truly want to minister to all people, then we need to stop leading from the stance of assumption and generalization. For starters, we need to realize that delayed marriage is not an illness that needs an antidote, but a choice made by millions each year that fits within the constructs of Christianity. Also, we need to stop perpetuating the belief that marriage and children equal spiritual maturity. Singleness and marriage reveal choice.

Grant ends his discussion and reveals:

Although the majority of people in our church in London were single, very few felt any sense of calling to remain single. On the contrary, many experienced their status as a burden, a wasteful holding pattern before finding someone and getting on with ‘real life’.[8]

As I read this last sentiment, my first reaction was, “Why?” As pastors and leaders, we set the tone and the standard for those within our sphere of influence. Not all are called to singleness; however, all are called to contentment. The apostle Paul said it best, “I have learned to be content regardless of my circumstances…I am accustomed to any and every situation…” (Philippians 4:11-12, BSB). When we see delayed marriage or satisfied singleness as a choice, we no longer see people as objects to fix, but people to love.