What does leadership really look like?   That is, in essence, the question that just about every book on leadership asks

and then, in turn, seeks to answer.

Milton Friedman’s opus, Failure of Nerve: Leadership in the Age of the Quick Fix, in that sense, is not such an unusual entry into the voluminous category of ‘leadership’ books.  That is, however, about the only way in which Failure of Nerve is typical.
Rather than follow the regular pattern of putting forth a system or even a set of principals, that are so often offered as a quick-fix or fail-safe plan for better leadership and speedy results, Friedman instead offers a completely different paradigm for how to view not just the basic assumptions about how leadership works and what can be effective in leadership, but also the basic assumptions behind the questions that are often asked and addressed in these leadership books.

In chapter six Friedman, Take Five, lays out his model for leadership, operating under the assumption that ‘The key, in my view, is that by continually working on one’s own self-differentiation, the leader optimizes his or her objectivity and decision-making capacity. (Friedman, kindle location 650).  Friedman upends the traditional concepts of leadership practice, by insisting that it is the person of the leader – not a set of ‘leadership practices’ or the like that is really the critical aspect of good leadership.

To make this point, Friedman draws on the example of the explorers of the ‘New World’, particularly Columbus.  He makes the point that it was not some combination of new information and/or new techniques that lead to their success in leading into a new world.  Rather, Friedman attributes their success in leadership to three attributes: desire, a capacity to be decisive and ‘nerve’. (Friedman, kindle location 3689) 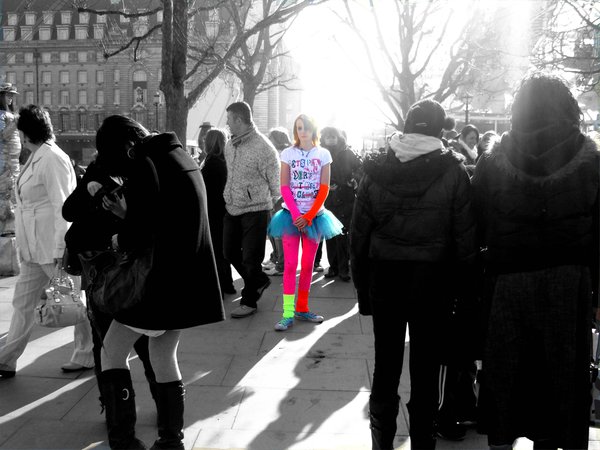 One must have both the capacity & the willingness to stand out

What follows is a delineation of five factors that these New World explores all possessed, which are essential for any leader seeking to bring change and leadership into a social organization.  The first factor is  ‘A capacity to get outside the emotional climate of the day’.  Friedman continues, ‘Vision is generally thought of as a cerebral event. But the ability to see things differently and the effect of that ability on one’s functioning – whether in art, science or exploration – is an emotional phenomenon.’ (Friedman, kindle location 3702)

Inherent to one’s ability to lead is not just an ability to stand out – intellectually, physically and emotionally – but also a willingness to do so.  While not always a conscious one, at some point every leader much make a choice to stand out and risk being, thinking or feeling different than those around him/her.  To carry on with Friedman’s analogy, it is impossible to find the ends of the world, if you aren’t willing to risk stepping out – and maybe falling of the edge.

The edge of the world is a solitary place

The second factor that Friedman highlights is ‘a willingness to be exposed and vulnerable. One of the major limitations of imagination’s fruits is the fear of standing out.’ (Friedman, kindle location 3706)  This, in my mind, is

such a critical dimension.  It is also, I believe, central to understanding properly Friedman’s meaning of ‘self differentiation’.

It might be easy to read this book and hear Friedman’s consistent push for a focus on self (especially when paired with his emphatic assertion about the dangers of giving in to empathy) as selfish.  But I think that is a misreading.  It takes more than ability and technical know-how to lead to ends of the world.  You also have to be willing, not just to sail to the edge of the world – but to do so on your own.
And it is this final, ‘on your own’ piece that requires the self differentiation.  It is only when we are fully aware – and perhaps, on some level comfortable with, who we are that we are able to relate most fully to others, especially in leadership.  It is in this knowing who we are – this self differentiation – that we are best able to truly lead.

The other three factors are important as well, of course,

There is also this final – and critical element to living into Friedman’s model of leadership: ‘What most differentiates Columbus is that he says in effect, “I’ll worry about returning after I get there,” and drives south below the westerlies to the launching pad of the Canaries, thus substantiating the relationship between risk and reality.’ (Friedman, kindle location 3772).
I think it is fair to say that any attempt at leadership involves risk, stepping out and standing out from the crowd and becoming vulnerable highlight the danger and risk involved in leadership.  And yet, I think a large reason that

Can we trust God enough to sail on – even if we aren’t sure we know the way home?

leadership manuals are so popular and abundant is the desire for safety and security even in the midst of the dangerous endeavor.   We hope, it seems, that with the right leadership formula or approach we can transform leadership from a dangerous walk to the edge of our world (or even just a step outside alone!) into something closer to bungee jumping – undoubtedly a thrill, but one that comes with the safety of a harness and a rope.

True leadership requires us to (pardon the mixing of metaphors) operate without a net and to start out, moving beyond the Canaries – whatever those might be for us – even if we aren’t sure how we might get home….

This is where, for those of us that follow Christ, trust and faith come in.  For our entire lives – not just our attempts at leadership – as followers of Jesus are an exercise in stepping out or sailing on in faith, not knowing either the way home or exactly where we are going.