This week’s post is coming to you from the perspective of cross-cultural sojourner, whose identity is in flux due to all the adaptations. There is a special tension that exists between the person you are that has God given purpose and the servant that humbly steps into another’s country (1 Corinthians 9:20-21). The questions rise, what are you willing to do to become one with the people? What is Jesus asking of you? What can I do to be a bridge toward God’s best, that redeems the culture for his glory? Am I willing to set aside what I understand is the right way of leading to receive a hybrid of God’s view of leadership?

Simon Western and Eric-Jean Garcia’s Global Leadership Perspectives: Insights and Analysis,[1] provides the read with a systematic look at leadership through the eye of those inside and outside of various cultures. The practical, leadership self-help nature of this book provides a broader look of significant influences that can help or hinder international relations. It widens the input that was highlighted last week in Erin Meyer’s Culture Map: Breaking Through the Invisible Boundaries of Global Business.[2] Part one of the book gives insight into the “historic, social, political and economic influences” [3] that shape how twenty different countries and regions lead. Part two takes the “insider-analysis” [4] from the first chapter and processes it through the perspective of “outsider-leadership.” [5] This format provides the reader with a psychoanalytic look at leadership and unique societal filters that result in a variety of implementations.

This month marks the first time in thirty-six years that I have been absent from Poland more than a year. I am sure this was a contributing factor to my reverse culture shock meltdown this week. The overwhelming sentiment was “I want to go home!” This was followed by the reality that my life experiences abroad have shaped or reshaped my identity so much that I do not have a homeland, at least not at the moment.

I found the analysis of Poland fascinating both from the insider and outsider perspectives. The Poles hopes are often hung on Messiah leaders that history proved was disappointing. However, there were a few who delivered some relief in their despair. Janosik, the mythical character who stole food from the tyrant lords and gave to the mountaineer shepherds. Pope John Paul II, the spiritual leader of the people who stood against the Communist leaders. Finally, Lech Walensa the shipyard worker who was inspired by the Pope to mobilize the workers against the government.

The oppressive nature of Polish history shaped and her people due to the hopelessness in their fight for freedom. Their symptoms of despair are manifest in conformity to leadership and authority of all sorts. A paralyzed mentality that squelches creativity, entrepreneurial, innovation, and healthy risk taking. The rigidity and racial supremacy in Poland are greatly influenced by the population shift after WWII. The Holocaust eliminated the Jewish population that before was between 10-20% of any town. The Germans, Byelorussians, Ukrainians, and Russians returned to their perspective homelands. Leaving Poland with a society of people who embrace a strong Roman Catholic mindset, who believe that the church is the only legitimate authority.[6] I have heard it said, “To be Polish is to be Catholic and to be Protestant is to be German.”

The despair and conformity were perpetuated familiar teachings that communicated the need to protect oneself from untrustworthy authorities. I was shocked to learn that students rarely ask questions, even to get assignment clarification. The reason was that if you ask a question, it is a sign that you do not know the answer and you should be ashamed. This was further complicated during the grading process. The only way to achieve an A was to do something beyond the scope of the lessons. I was informed that it was not acceptable to give students As, regardless of their performance. Being the American I am, if a student earned an A grade, they got it. Another aspect of the conformity fact was the avoidance of sticking out. They are taught that if you are exceptionally be prepared to be pounded down like a hammer does to a nail.

There is so much in this book that could go on forever but for your sake I will leave with a phrase to ask me about in South Africa.

During Communism Poles who were involved in the Solidarity movement and the Charismatic Catholic fellowships would tell me that, “Poles are like radishes.” What do you suppose that means? 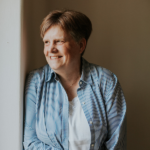