The formula to success on a movie or book, has a repetitive cycle that seems all to familiar to all cultures. Campbell breaks down the journey through an 11 part formula. Now that Campbell has uncovered the premise to every movie… when I watch anything through his lens I feel like I watching the predictable Hallmark films that come out at Christmas:

1.Call to Adventure – A young aspiring executive that somehow is a VP of a multi million dollar company from NYC gets a move to a fairytale town that no one has ever heard of:  Snowvillage, Vermont.

2. Assistance – The young executive is lost in the new town so an elder in the town takes them under their wing.

3. Departure – The executive leaves the world they knew and now is trying to survive in the small town life.

4. Trials – The cute little town is in crisis and the town randomly looks to the newbie to save them all. They of course fix the crisis.

5. Approach – During the trial the executive had met someone that is an aspiring love interest and they make the move to let them know their feelings. (There is always a snow ball fight or ice skating.)

6. Crisis – The new love interest that somehow is years ahead of where it actually is has a hiccup already.

7. Treasure – Magically the recipe to fix the love interest hiccup is fixed.

8. Result –   They are perfect in the new little fairytale town but the execs time has come to an end.

9. Return – The young exec goes back to the big city now that the job is done.

10. New Life – The executive is changed forever but there is just one missing piece.

11.Resolution – Everything is all better and the love interest came to NYC at the perfect second. They kiss with 2 minutes left in the movie.

Look! I just made a Hallmark movie! You read it here first if It ever happens!

“It would not be too much to say that myth is the secret opening through which the inexhaustible energies of the cosmos pour into human cultural manifestation.” (1)

I think its so interesting that the hero’s journey goes back centuries, and is present in all cultures. I went to Nepal earlier this fall and it always has such great Myths. One of my favorites that is from the country is the Yeti. It has been at the helm of so many great stories in the US, however my favorite is one that is based in Nepal. 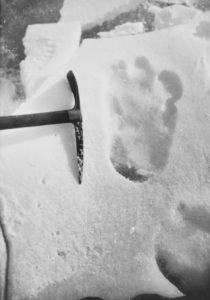 “Alleged Yeti footprint found by Michael Ward and photographed by Eric Shipton taken at Menlung Glacier on the 1951 Everest Expedition with Edmund Hillary in Nepal.”(2)

The word Yeti is a combination of the word [ya-rock] and [te-animal] from the sherpas. This myth has been going on since the eighteenth century, and it continues today.

The Sherpas also call it “Metoh-Kangmi”

My favorite is The Grateful Yeti because it not only is a beautiful story that encompasses one of my favorite cultures, butI have always leaned in to the Yeti as a favorite character. The monomyth goes like this…

(I don’t know any way to share the story as if I just link it – it would not share the story in its entirety with you. It wouldn’t do it justice to summarize it either.)

“This story is quite common, possessing several variants across Himalayan communities.

In this legend, a Tibetan Buddhist yogi, wandered through the mountains. Then,One day he was crippled by an attack of gout and was unable to walk. He established himself in a pleasant place at the edge of the forest where he found some goats, who eventually followed him everywhere like pets. There he remained.

On the other side of the hill were some abandoned shacks. Every day he would see a huge dark man coming and going between the shacks and the river. Apart from this, there was no other sign of life.

One week he no longer noticed his strange neighbor on his daily walk. Having become intrigued by that mysterious man and feeling a bit better, the yogi decided to investigate the man’s dilapidated dwelling.

Inside, the yogi was startled to come face to face with a migö, or wild man, as Tibetans call the yeti. The hirsute behemoth was lying outstretched on the floor, eyes closed and fangs apart, seemingly unaware of the intrusion.

He was feverish and obviously ill.

One of the yeti’s feet was grossly swollen and full of pus. The yogi immediately noticed, protruding from the infected area of that vast foot, a sharp splinter of wood that could easily be removed. He thought,

‘I know he can jump up and devour me at any moment, but now that I have come this far I might as well try to help the poor creature.’

While he gently extracted the long splinter, the yeti—aware that the lama was helping him—lay as still as a patient etherized upon an operating table. The kindly yogi cautiously cleaned away the pus. He washed the wound, using his own saliva as a salve; then he bandaged the bizarre foot with a rag torn from his own clothing.

On tiptoe he left the yeti, returning to his goats, which were tied to a tree in the forest.

Days afterward, he saw the yeti limping down to the river, presumably for water, and then slowly returning to his house. Eventually the creature’s gait improved to the point where he could walk without difficulty.

Miraculously enough, the yogi’s crippling gout also began to subside so that his painful stride began to return to normal, until he, too, was completely cured.

After that, he no longer saw the yeti.

One day the ferocious yeti suddenly leaped down like a giant gorilla from the trees, grimaced at the yogi, then sprang back into the trees and was gone.

A few days later the same thing happened—but this time the yeti was carrying a dead tiger on his shoulder. Placing the magnificent carcass in front of the lama as if in a token of his gratitude, he again bounded off into the dense jungle.

The yogi did not wish to eat the meat, but he skinned the beautiful beast with meticulous care. Eventually, upon his return to the Shechen Monastery, he offered the splendid tiger skin to the monastery for use during tantric rites.” (2)

(2) Earthstoriez | Nepal: Myth and folklore of the yeti. (n.d.). Retrieved November 26, 2022, from https://www.earthstoriez.com/nepal-myth-folklore-yeti/ 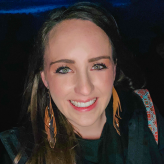 2 responses to “Hallmark Movies and a Yeti… What more could we want?”