I was excited to read another book by Jordan Peterson. Maps of Meaning was much more challenging than his 12 Rules for Life and certainly shows he has an academic and popular style in his writing repertoire. Peterson is a former Harvard professor and clinical psychologist, among other things. His own relating of his nightmares of apocalypse and his obsession with evil helps to understand the questions he is asking and trying to answer.[1] He goes deep into the darkness and stares it down. Peterson finds that all humans have to attempt to make meaning of the world, lest we go insane. How do we handle uncertainty without being undone or overcome by it?

During our cohort call last week, I remembered my foray with postmodern ideology – at least as presented by the emerging church movement books and speakers I was listening to. I found myself, after nine months of questioning, at an annual outreach event I had attended and led at multiple times previously. But this year was different. I had seen the dark side of the modern, Western Church. I felt as if everything was swirling, nothing was certain and I had lost that safe, albeit ignorant, Christian world I had known. I was standing at the edge of a cliff and seeing only a pit of darkness with no floor, no landing. And behind me was church as I had previously loved and now was ashamed of. My own, small existential crisis was happening.

I secretly questioned everyone and everything – the way everyone worshipped and the way they prayed. I was judgmental of their language of “lost” and “saved”. Sure, I used to be and act just like them months prior but that seemed distant now. Was the Church a force for good? Focusing on all the abuses and crusades, how could I continue on with Its mission?

I will never forget the worship moment where a loud question interrupted my judgment, cynicism and despair. “Andrea, what do you KNOW?” What could I know for certain? It was like a floor was given to the pit I was sure I was falling in. Or a rope had been thrown. At first, I did not have answers but slowly a precious few came.

Jesus. The character and nature of God revealed in Jesus. I believed in Jesus.

My faith has been different since that moment. Simpler. Lighter. Looser. Liveable. What I love about this question is that it did not dismiss my very real angst or the hypocrisy I saw. It was not a defensive, irritated question. Rather, it was an invitation to move forward together with God. I continue to hold many questions but not with the same venom I had in those days.

I am not doing Peterson’s tome justice but perhaps this is part of what he is gnawing at with his multiplicity of words? Later, he writes about how debilitating uncertainty is for a human and communicates the following:

Uncertainty poses a critical adaptive challenge for any organism, so individuals are motivated to keep it at a manageable level; adopting clear goals and belief structures helps to constrain the experience of uncertainty by reducing the spread of competing affordances[2]

On a very recent Jordan Peterson podcast episode, the host who is his daughter, described Jordan’s recent near-death health crisis.[3] This explains why the speaking event I was driving to in January was canceled. He was fighting for his life. I thought about how, like Tammy courageously shared last week, life is fragile, it is precious, and it is uncertain in its duration. And humanity needs myths and stories that help us make sense of the world.

Living from a supernatural metanarrative does not make us naïve and unenlightened, as some modernists would make it seem. And some postmodernists would tear apart our Christian metanarrative till only shreds are left. But to live with increasing awareness of personal belief structures – and to stay close to Jesus – is good work. 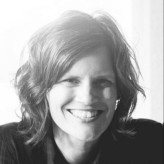