There have been many movements in the history of civilization but many are short-lived and are soon forgotten, other than for the records in history books. Such were the many empires that could only last a few decades and were conquered. The Roman empire was the more revered of these and the people of its time thought it eternal but it too was conquered in 410 CE, to the utter shock of many. Christianity spread during the reign of the Roman empire whose rulers themselves embraced Christianity and practiced Theocracy in their governance. The Roman empire as it was recorded in history still stands out as probably one of the purest forms of theocratic government that ever existed. It is true that the Roman empire collapsed but Christianity’s influence is still as strong as it was then but it has spread to every corner of the world. Saint Augustine of Hippo, was a philosopher and a prolific writer; whose Christian faith and literary work continues to influence culture and history. In his writings of The City of God and The two Cities, in response to the claims that Christianity and its teachings against the worship of idol gods was to blame for the fall of the Roman empire.[1] Augustine his first books to refute the claims of the pagans and actually attributed the fall of Rome to the influence of the worship of the pagan gods and the evils ways associated with their pagan religions.

The theology of history is attributed to Augustine in which he uncovers a wide-ranging explanation of history which begins with the creation story. It is followed by the upheavals of man-made states (the city of the world). It continues to the realization of the kingdom of God (the City of God). The earlier work of Augustine, The Confessions where he developed the theology of self finds its completion in the City of God.[2] On the other hand, the human society finds its completion in the realm of God. In his writings, Augustine also seeks to put together a Christian philosophy of society where he gives the various fields of philosophical inquiry such as ethics and politics, a unity in the universality of divine revelation. History finds its completion in divine law. While the philosophers of the past, such as Plato, asserted that a person does not necessarily owe full and absolute loyalty to any earthly society, Augustine is very critical of this concept in light of Christian doctrine. He is categorical that scriptures alone can be the only dependable instructions for people about the highest good and the highest evil and there would be no purpose to human endeavor without this guidance.

Augustine in his philosophy of The City of God, identifies four essential elements as: the church, the state, the City of Heaven, and the City of the World. The church which represents Christianity is divinely inspired to lead human kind to God who gives eternal life, and the state adheres to the virtues of politics and of the mind, forming a political community. These two societies seek to do good and they are visible, the City of Heaven is for those destined for salvation; and the City of the World is for those destined for eternal damnation. The two cities of Heaven on one side and the world on the other co-exist with each other, with opposing values and motivations but will be separated in the end by God. God is just and distributes air, water and light and Augustine uses this and his philosophy to elaborate his theory of justice where he advocates for these things to be shared equitably among the people. He concludes that a person must therefore pursue the City of God to attain order which leads to true peace. This philosophy has had great influence on the Western Hemisphere and is attributed as most significant shaper to todays western civilization and culture, and continues to influence the rest of the Christian nations across the world. The City of God is recognized as one of the most important apologetic works of all time, and its message is biblical in presenting the struggle between the spiritual and secular realms. These are presented in the bible in Daniel !2:2 which says, “And many of those who sleep in the dust of the ground will awake, these to everlasting life, but the others to disgrace and everlasting contempt.” ;  Mathew 7:13-14 that says, “enter through the narrow gate; for the gate is wide and the way is wide that leads to destruction, and there are many who enter through it. For the gate is narrow and the way is constricted that leas to life, and few who find it.”; and Mathew 25:46 that says, “These will go away into eternal punishment, but the righteous into eternal life.”[3]

The fact that the books by Augustine have been translated into many languages and are still be published and read today, is testimony to their timeless themes and applications. They testify to the great influence that Christianity has had on culture and civilization and will continue to do so into the future. This should be a great motivation for us Christians leaders to consider the influence of Augustine’s books and determine to work diligently in spreading the Gospel and influence our society for the kingdom of God. There is a striking parallel of today’s challenges that we’re facing as Christian leaders as was during Augustine’s time. Just like the pagans attributed the fall of Rome to the spread of Christianity, there is a deep divide between the conservative Christians and the liberals who advocate and are advancing worldly values that are totally at variance with Christians values. It is time for us as Christian leaders to stand firm in our faith and in carrying out our mandate to reconcile people to God. 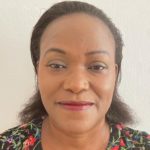