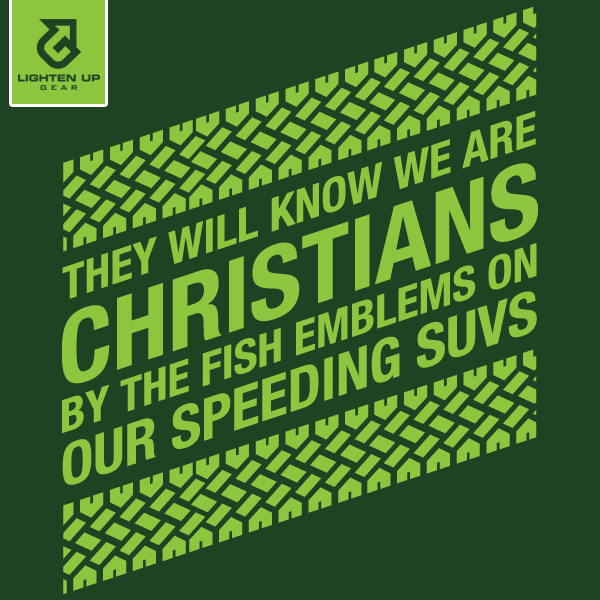 In his book, To Change the World: the irony, tragedy & possibility of Christianity in the late modern world James Davison Hunter gives us a quite a bit to chew on and work through.  He levels powerful critiques against what he sees as the three dominant streams of Christian engagement with our culture: ‘Defense Against’, ‘Relevance To’ and ‘Purity From’.   Part of the power of these critiques is that he does not deal with them as abstractions, but rather locates each of them squarely within a stream of Christian tradition in the United States.

This tactic gives his critique something to sink its teeth into and Hunter, for the most part, makes a fairly convincing case.  The danger, of course, is that real examples can often be turned into straw men for the sake of making a good point and one suspects (and reactions to his work support) that the targets of his critique within the ‘Christian Right’, the ‘Christian Left’ and the ‘Ne0-Anabaptists’ would take issue with some if not much of what he argues. 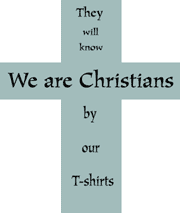 ‘Saying with a T-shirt is way easier than with our actions….plus Capitalism!

As good authors almost always do much of Hunter’s critique is delivered to form an appropriate counter to the alternative that he proposes.  Hunter proposes what he calls ‘Faithful presence’.  I think this is, first a great name and second very sound theologically.  It also has a certain air of familiarity to it where it almost feels as if you have already heard it or it makes you wonder if you haven’t actually already heard it….
[In fact, I wasted – I mean invested! – a solid hour trying to find out if that term was widely used anywhere before it’s usage by Hunter here….. I didn’t find that it was, but I did find a newly released book by pastor and professor David Fitch entitled Faithful Presence: Seven Disciplines That Shape the Church for Mission’  that seems to build on the idea…]
While I think this is a important path for 21 century Christians to be walking down, it seems to me that the real issue is one of interpretation.  One suspects that most of those in the groups that Hunter is critiquing, while likely using different language are striving to be faithfully present in our current context.  The difference is, of course, found in what that looks like.

Hunter asks: how do the movements of historical Christianity in contemporary America measure up to the configuration of factors that I believe create conditions conducive to cultural influence ? (Hunter, Kindle location 1605)  This desire to be influential is a natural one and one that you might argue is clearly mandated in the Great Commission.  Another way to describe this cultural influence is to talk about ‘changing the world’ – which, despite the title of the book, Hunter suggests is incredibly difficult for an individual to accomplish.

It is out of this desire for influence that the ‘warts’ of Christian expression grow.  This week I was watching a show where the main character stated that all of her friends (20 somethings living in NYC) are entirely defined by what they hate, that they formed their identity around what they were against.

It strikes me that this is often true of our Christian identity in america as well – especially as it relates to our engagement in politics, which as Hunter points out, has become our primary way of cultural engagement – we are often organized against something:  The ‘Religious Right’ or as they often are referred to in secular political discourse today simply: evangelicals . . . . are primarily (fairly or not) identified as being: anti-abortion/choice; against marriage equality, etc.  Even when they try and come out ‘for’ something, like religious freedom, it is often in poorly chosen circumstances that can be framed as being ‘against’ other faiths.

You can always count on Monty Python

But, before my more progressive friends get too full of themselves, (And here I think Hunter is right on), the ‘left’ of Christianity ends up mirroring the conservative right – as a logical response to one another.  It is probably important to note, that I think for the vast majority of people it is despite best intentions on both sides.  People want to be faithful and are trying to be present and represent their faith in a meaningful way, but they often end up defining themselves over and against the other as opposed to for something else.  The perfect case in point here being that the call ‘for’ tolerance often itself becomes intolerant of opposing views.

It is all very reminiscent of scene from Monty Python’s ‘The Life of Bryan’ where various Jewish factions: the people’s front of Judea; the Judean people’s front, the people for a free Judea, etc…. all united in their distaste for Roman rule only ever end up fighting with each other over which small points they disagree on.   As a proud Presbyterian – a denomination that has ‘split’ literally dozens of times just in this country alone (there are currently 29! different denominations in the US – which doesn’t include any that dropped the name).

It strikes me that this is the heart of the matter for all of us – regardless of how we choose to define faithful presence. As long as we are defined by what we are against we can never change the world – but if we strive to follow in the footsteps of Jesus, then we must constantly be doing the hard work of making sure that we are for God, for others, for justice, for grace, for mercy – even (and especially towards those we might call our enemies) – this is, of course, complete foolishness in the eyes of the world and it isn’t a ‘winning strategy’ in the political realm, but it is the only way to truly be faithfully present in the world in the way of Jesus Christ and as a witness to God’s transformative love – which, in spite of our own powerlessness – is fully capable of changing, transforming and remaking this world into the kingdom of God.

This is where the example of Jesus is paramount (I mean, I guess, when isn’t it….): Our model for presence needs to be the incarnation.  Jesus came and lived among us or as Peterson puts in THE MESSAGE Jesus ‘moved into the neighborhood’.  Hunter says that the incarnation is foundation for faithful presence:

For the Christian , if there is a possibility for human flourishing in a world such as ours , it begins when God’s word of love becomes flesh in us , is embodied in us , is enacted through us and in doing so , a trust is forged between the word spoken and the reality to which it speaks ; to the words we speak and the realities to which we , the church , point . In all , presence and place matter decisively . (Hunter, Kindle Locations 4672-4676)

Presence and place do matter and each of us has been placed in a particular place and time.  The most faithful thing we can do is to be present where we are – like Jeremiah – and be open for the power of God’s Word become flesh to change us – where we are and to change the world in and through us.