Jackie Pullinger’s book, Chasing the Dragon: One Woman’s Struggle Against the Darkness of Hong Kong’s Drug Dens is an engaging 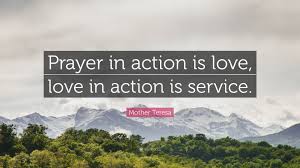 read that is at once heartening and disturbing as it manages to capture both the depth of human weakness and depravity as well as the incredible power of God’s love for us demonstrated first in and through Jesus and then, in response, through the lives of those that love and follow Jesus.

As I read Chasing the Dragon this is the thought that kept surfacing in my heart and my mind: words are an utterly inadequate means of demonstrating God’s welcome, Jesus’ sacrificial love and the sustaining presence of the Holy Spirit.

The only way that these truths can adequately be communicated to anyone – but maybe especially to those in the most desperate of situations – is through loving actions, demonstrated in the context of relationship and the length and depth of that relationship is a critical element in the efficacy of the communication.

I first made this connection as I read this passage at the very beginning of Chasing the Dragon:

I do not think the drug – riddled mind of Ah Tong understood all of the doctrine of redemption . He was crazy for drugs and this had been a long speech , but I could see that something had happened . He was absolutely amazed at the idea that Jesus loved someone like him . For the first time in years , something — or someone — had penetrated his mean heart , and he was moved . (Pullinger, p. 21)

Those that are the most ‘lost’ very rarely can be reasoned with or explained into faith.
In a very real way – although not always just ‘intellectually’ – they may not be able to understand God’s gift of grace and salvation.

One thing that is usually very easy to understand for those that are struggling and/or lost is actions – When that grace and love; forgiveness and sacrifice is demonstrated in actions – especially in consistent and repeated actions over a period of time, that speaks more clearly and more convincingly than any apologetic that has ever been developed.

I saw this in the life of my stepfather, Tom.  He had lived, per his own description a ‘pretty wild life’, when he and my mother started dating.  He grew up in a Roman Catholic family, but quickly rebelled against all of the rules and expectations that came with participation in that faith tradition.  Tom was never one for following the rules and at the same time was generally unwilling to give any quarter to hypocrisy (real or perceived) of any kind – he was never going to be a good fit for the church of his upbringing.

Over the years it became clear that he had distanced himself from not just religion, but from God as well, but not because he didn’t have interest or time for God and wasn’t interested in a community of faith.  Rather, he was perpetually disappointed by the shortcomings and inadequacies of the faith communities he knew and saw.  Beyond that, he genuinely believed that because of the things that he had seen and done, that he was ‘too far gone’.

His beliefs about forgiveness and restoration was limited by his own experience and understanding.  He thought it simply wasn’t possible that there was (still) a place for him in the family of God.  His understanding, at that point, was very similar to Ah Tong’s family:

When his family turned up, they stood aghast at our totally incomprehensible behavior. What were we, good people—Christians even—doing praying for their son? To them he was bad. He had left their home young, ran the streets, organized the gangs, and merited only a turning by on the other side (Pullinger, p. 19).

It was a true miracle to witness and participate in Tom’s transformation over the last 20 years.  He passed away in January of last year, but over the years he became convinced of God’s love and forgiveness for him, the need to be in relationship with God and in community with other believers.  That last part was still difficult for him, as he maintained his eagle eye for hypocrisy, but the transformation in his life and perspective was nothing short of miraculous.

Why the change?  How did that happen?  The same dynamic that is demonstrated so powerfully in Chasing the Dragon was at play in Tom’s life.  He was changed, transformed by the love of God and God’s Holy Spirit, but not in some magical or obviously supernatural way.  Instead, for Tom, like Ah Tong and so many others in the Walled city of Kowloon, it was the demonstration of love in action.  It was bumping up against the love of God, the forgiveness of God and the acceptance of God demonstrated in the actions of someone that was a consistent presence of their life that made all the difference.

For Tom, it was my mother’s witness of Christ-like love for him even when he knew (or thought) he didn’t deserve it.  This book is the story of how Pullinger represented that love of God for so many in Hong Kong that thought (or thought they knew) that they were ‘bad’ and beyond the love of God.

Praise God for those brave enough, faithful enough and trusting enough to follow God into the places we might rather not go – and, critically, to stay in those places – cultivating relationships that demonstrate and become the transforming, forgiving, sustaining love of God.