Recently I watched the 2016 film “The Arrival” in which 12 extraterrestrial spacecraft visit Earth. Mild spoiler alert: It turns out that how people engage with the aliens leads to a major threshold moment for humanity and alters the course of history.

Last week I read the story of Jacob in Genesis. Jacob sent everything he owned across the river Jabbok; utterly alone and afraid for his life, he wrestled The Angel of the Lord until he was given a new identity (and a permanent limp). At dusk he was Jacob; at dawn he was Israel. In between was a long, dark night of liminality.

Those are two examples of threshold barriers. A threshold concept is “considered as akin to a portal, opening up a new and previously inaccessible way of thinking about something. It represents a transformed way of understanding, or interpreting, or viewing something without which the learner cannot progress.” (Meyer, 3).

Put another way, before crossing the threshold barrier you see the world one way; after crossing it you see it completely differently and can never go back to the way you used to perceive it.

This was my own threshold moment: Before I read the books Overcoming Barriers to Students Understanding, and Threshold Concepts in Practice (and watched Robert Coven’s Ted Talk), I had not wrestled with the idea of threshold concepts, so had not considered how ubiquitous threshold barriers and moments were; after I grasped the concept, I started seeing them, everywhere.

Everywhere included my own studies. Because the books and video specifically addressed threshold barriers in Higher Education, it was easy to read my situation into it. As a second-semester doctoral student I have already encountered troublesome knowledge and liminal spaces. There have been multiple times in the last few months where I have thought “I can’t do this” or “they are expecting too much” but when pushing through, I realized I had more capacity than I thought and found new and more efficient ways to approach work I thought I already knew how to do.

It made me wonder if this was all by design. Perhaps, as Meyer and Land write, “acquiring a threshold concept can be likened in some disciplines as a right-of-passage” (Meyer, 22) While this is a direct reference to Medical School, I imagine it could apply to our program as well, and that I will likely have a different perspective on all of this at the end of the program than I have now at the beginning.

And that led me to consider how threshold concepts and liminality might apply to discipleship and pastoral development in the church. Though “threshold concepts might be more readily identifiable in some disciplines (such as Physics) than in others (such as History)” (Mayer, 16), I have witnessed moments where an emerging spiritual leader had an assignment that felt beyond them, such as preaching, or leading worship for the first time, or making a difficult decision, or counseling someone through a situation they have never faced. However, once they did it, they had a radically different perception of what it took. In other instances, a long-held philosophical or theological concept was challenged, and the giving up of certainty to embrace ambiguity on the way to confidence matured the leader.

Other potential leaders who were not willing to let go of what they “knew” to find a new way, or who were content to mimic leaders they admired without the personal hard work necessary to “own” a concept appeared to never step into all they were meant to be.

It seems when we inhabit Luke 18 and recognize that, like the tax collector, we don’t have it all together, or we give away everything we have and follow Jesus into the unknown, or we become like little children holding nothing back, or like a blind person on the side of the road desperate to see…that is when we can finally step into new understanding. Crossing a threshold barrier is “not just a cognitive shift, but a reconstituting of self” (Meyer, 200). In this sense, salvation itself is a threshold—once we are regenerated, nothing looks the same.

So, while the materials we engaged this week were focused on Higher Education, the concepts are inexorably a part of spiritual life and leadership, too.

However, like higher education, church life can devolve into a drive for customer satisfaction. As is stated in the introduction of Threshold Concepts in Practice, “Student experience and transformation are often at odds” (Land, 1). If we are hoping for true transformation in the church, treating disciples and emerging leaders as consumers can’t work, because “liminality can become a liability” (Land, xiv).

In other words, a true follower of Christ will be repeatedly called to pick up her or his cross and follow Jesus into an unknown, uncomfortable future; a church that prioritizes a person’s personal comfort and satisfaction will not produce a disciple ready for this. Meyer and Land tell us “that the insights gained when the learner crosses the threshold might also be unsettling, involving a sense of loss” (Meyer, 16). Like the child who cuts a butterfly out of a chrysalis to help it along will destroy its future, a leadership development process that shortcuts any unsettling sense of loss will produce leaders who cannot fly. 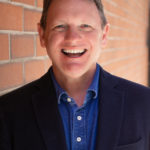 I'm on a lifelong journey of discovering the person God has created me to be and aligning that with the purpose God has created me for. I've been pressing hard after Jesus for 40 years, and I currently serve Him as the lead pastor of vision and voice at The Church On The Way in Los Angeles. I live with my wife and 3 kids in Burbank California.