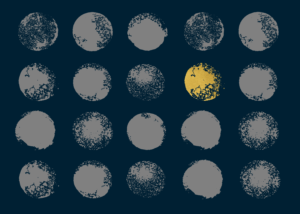 Peter Northouse’s book Leadership: Theory and Practice is what is says, a relatively deep dive into leadership theory and types, while offering real-world approaches and case studies to engage theory at a practical level. In his 7th edition, Northouse also offers assessments throughout his book for deeper reflection and self-awareness.

He writes, “At its heart, leadership is about human behavior–what we do, how we do do it, and why we do it. Leadership is about the way people behave in organizations, and effective leaders are those who meet the needs of their followers, pay careful attention to group process, calm anxieties and arouse hopes and aspirations, and know how to liberate human energy and inspire people to positive action.” (295) This quote comes from Northouse’s chapter on the psychodynamic approach to leadership. Northouse continues, “The psychodynamic approach to leadership study and development focuses on the dynamics of human behavior, which are often the most difficult to understand […] Only through accepting and exploring the hidden undercurrents that affect human behavior can we begin to understand organizational life in all its complexities.” (269)

This approach is rooted in the psychological discoveries of Sigmund Freud, whom we credit as the father of modern psychology. However, it was Carl Jung who coined and developed terms such as introvert and extrovert, and expanded crucial concepts such as the shadow; these terms and concepts shape so much of clinical and popular psychology. Northouse postulates that individuals, and by extension leaders, have a core conflictual relationship theme (CCRT). This theme or pattern is played out on an inner theatre, and projected into our external relationships. This reminds me of Erving Goffman’s dramaturgy, and the backstage – frontstage split. In fact, one form of shadow work comes in the form of what’s known as psychodrama. One’s CCRT greatly impacts how one leads, and how one experiences/engages leadership. Northouse offers three basic leader-follower relationship styles, which derive from one’s CCRT: a) Dependency (leader provides nurture, safety, and protection to followers), b) Fight-flight (leaders lead by a “for us or against us” ethic. Strong boundaries form around the group, and power consolidated around the leader.), c) Pairing (As a response to anxiety or perceived alienation, followers gang up against the leader who is seen as an enemy of the group.) The purpose of shadow work is to get these above relationship themes out of one’s internal world, see them, and learn to more graciously and effectively navigate them. Such self-awareness and healing perpetuates personal and communal wholeness.

Northouse writes, “People often assume, at an unconscious level, that the leader or organization can and should offer protection and guidance similar to that offered by parents in earlier years.” (302) The Freudian persuasion would posit that how we follow (and how we lead) is greatly impacted by our relationship with our earliest authority figures. However, this perspective is often criticized for being too narrowly focused on parental impact. Northouse notes that this approach is often criticized due to his narrow roots in mental illness, its focus on dysfunction, and its orientation around atypical rather than typical leadership behavior. (307) However, If the psychodynamic leadership approach allows for a broad psychological approach, particularly Jungian, then this approach is highly valuable for shaping leaders and cultivating healthy cultures. Northouse writes, “Another strength is that the psychodynamic approach involves an in-depth and systemic investigation of a single person, group, event, or community. It consists not only of an analysis of the self but also of the self in relation to others and to the context in which he or she exists.” (307) In Jungian terms, this approach allows leaders to access their own shadow, and the collective shadow of the group they lead.

As Northouse does throughout his book, he offers options for applying theory to practice. He suggests group coaching as an opportunity for leadership to engage in the psychodynamic approach. He writes, “Guided by an experienced external group facilitator, group coaching brings a group of leaders together to reflect on their interpersonal relationships, work practices leadership styles, decision-making practices, and organizational culture.” (309) When done well, this sort of facilitation offers both individual and group work. It can be conducted rather clinically, which has merits, particularly when a culture is particularly toxic. However, I have not seen much success there. Often, the above mentioned leader-follower relationship dynamics are too hot and volatile to address openly in the group. The most meaningful work I have benefitted from and facilitated personally has come when separate space is made for leaders to engage in this work through shadow-informed spiritual direction and/or psychodrama.

The underlying assumption of the psychodynamic approach is that as an individual seeks relationship with their shadow, or internal complex relationships, those dynamics integrate, can be positively accessed, and not wreak havoc among their followers. Of course, it is equally important for leaders to protect themselves from the internal projections and transferences. I will avoid getting into details about these dynamics, but shadow work works both ways – when leaders engage in the psychodynamic approach, specifically shadow work, the community is protected from the leader’s shadowed and unintegrated self. Likewise, the leader is also given tools for dealing with the shadowy relationship dynamics of their followers. The psychodynamic approach is not magic, but it offers language and tools for leaders and communities to investigate the “hidden landscape” within themselves and their group. Northouse’s psychodynamic approach, shadow work, and psychodrama, when facilitated well, covers a multitude of sins.

12 responses to “Shadow Work Covers a Multitude of Sins”