Daniel Nettle, a professor at Newcastle University, is a behavioral and social scientist and the author of several books. One of his books, Personality: What Makes You the Way You Are, addresses the importance of understanding the science behind personality. Whereas cognitive psychology and the function of the brain have been a focal point of research in the past number of years, human personality has been largely overlooked. According to Nettle, a “new science is emerging of individual differences in brain structure and functioning, and the results of this science can be mapped back to the big five personality dimensions.”[1] Whereas the map of William Smith forever changed science and the way we view the world, the concept of personality mapping is critical for a sociological understanding of people, thus, leadership.

Nettle states that personality traits are inherited, and while several factors may influence them, they are largely unchangeable. He writes, “Each of the big five, then, should be thought of as variation in some underlying brain circuit which affects a whole family of related psychological functions.”[2] In addressing the question of whether we can change our personality traits, Nettle says,

The positive message of this book is that there is no reason to wish one’s basic personality dispositions to be anything other than what they are… any of the big five is advantageous in some ways whilst being disadvantageous in others.[3]

While the science seems to indicate that one can’t change their personality, much like Friedman and Busch, Nettle gives a strong indication that self-awareness of our personality type provides pathways to best engage or curb our personalities for the greatest good.

Nettle unpacks the particulars of each personality type throughout the book while also addressing the influence of non-hereditary factors. The big five personalities are briefly summarized in Table 3:

Undoubtedly, each personality trait has both benefits as well as cons, which Nettle abridged in Table 4:

In reading the assessment of each personality type, it is my opinion that the most favorable personality trait is Agreeableness, or the empathizers. For those who score high in this personality trait, Nettle claims they “help others more, have harmonious interpersonal relationships, enjoy good social support, and relatively rarely fall out with or insult people.”[6] However, on the other end of the spectrum, very low Agreeableness demonstrates psychopathy. “The psychopath is an individual who is completely egocentric, remorseless, dishonest, incapable of love, and disposed to use others entirely to forward his or her own ends.”[7] This dichotomy goes to show the benefits and cons of each personality trait.

As I consider my personality trait, while I have not taken the assessment, I assume that I would most demonstrate the Extravert trait. These individuals like “active sports, travel, and novelty. All in all, they are perceived as highly active people who can lay their hands on fast scores of energy in pursuit of goals.”[8] For better or worse, this certainly describes my personality to a large degree. However, with Nettle’s description, I also struggle to fully embrace his scientific approach as I believe it limits the restoration of identity found through new life in Christ. A key concept for my NPO project, a leadership development curriculum for vulnerable communities, is to reclaim our true identity of imago Dei as we were made to be in a fully restored relationship with God, self, others, and creation. It is my opinion that at this point, science diverges from kingdom implications as it is limited in divine understanding. As Christian leaders, we need to maintain a kingdom-orientation, while at the same time, fully engage the current cultural context as we lead and inspire others toward renewed life in Christ. 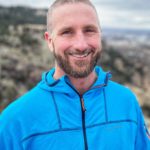 16 responses to “Is the Science of Personality Too Limiting?”