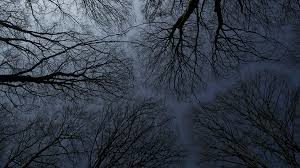 
I have little doubt that ‘When God Talks Back’ by Tanya Luhrmann could be a difficult read for many who call themselves Evangelical. Akin to deep introspection or even constructive criticism that is unrequested, the sense that one is being observed with a critical eye is unnerving. Many might be prone to react defensively, feeling the need to further explain the underlying beliefs that stimulate the actions of practicing Evangelicals. One may feel that an ‘outsider’ such as Luhrmann has no good intentions in conducting a purely anthropologically based study of something as personal as faith experience. Yet, the text is a measured, balanced, erudite, poignant, and insightful.[1]It offers an opportunity for ‘insiders’, those who identify with the Evangelical movement in the United States, and ‘outsiders’, those from different traditions or no faith tradition at all, to consider the key questions Evangelicalism attempts to answer about God, faith, belief, reality, spirituality and the like. For those committed to sharing the Gospel, particularly in its Evangelical form, it provides an inside look at the transformation taking place in everyday congregants and the impact this has on their perspective regarding life’s purpose.

There is a great fear amongst many evangelicals, particularly those that are relatively young and highly educated. Luhrmann states; “Many Christians struggle, at one point or another, with the fear that it all might be a sham.”[2]Further, she affirms Charles Taylors premise that; “Faith has become more self-conscious; doubt of the idea of the supernatural itself hovers as a plausible reality. And what it means to believe has changed.”[3]This is particularly true within emerging generations, fully immersed in the postmodern era. If this pervading doubt remains unacknowledged or unsupported by leadership, the risk is great that those who sense it will permanently leave the fold feeling chagrined for even questioning.

Doubt is an essential part of faith. While Christians may claim complete assurance, honesty requires admission that questions and mystery remain, otherwise it wouldn’t be called faith, but rather, certainty. When Christian leaders push a theology that suggest elimination of doubt is a potential reality, they stifle debate, encourage pretense, and foster feelings of guilt and shame. One of the reviews of this text highlights this bias in its author’s own work with ‘former’ Evangelicals; “Many of my subjects describe their former evangelical communities as inculcating a need for absolute certainty into their members…..they were taught to be certain beyond a shadow of a doubt.”[4]This is pure folly and only exacerbates the sense of guilt and shame amongst those who have ongoing questions. Luhrmann’s book allows that neither she as the anthropologist, nor the faith communities she is investigating has arrived at any form of ultimate finality in terms of God and Christian experience.

The reality is that doubt is part of the human condition and that those who maintain a faith in Jesus are not thus removed from humanity. St. John of the Cross, writing in the 16thcentury, went through a lifetime of what he called ‘the dark night of the soul’, the mystical journey toward ultimate union with God. Mystery, confusion, wonder, heartache etc. were all part of his journey then as they are for those wrestling with faith in Jesus in the present. Little wonder then that young people, surrounded by adults afraid to let them question, leave the faith as young adults confronted with seemingly objective truths which they have minimal vocabulary with which to respond.

The questions addressed in this book are powerful, the type of questions that probably should be addressed in seminary as students train for ministry. “What makes people believe? What kinds of experiences persuade them that God is real? How do those experiences change their lives and reshape their world-view?”[5]The unnerving aspect of the book is the question it raises about how “the real presence of God is something that must be built up over time through spiritual exercises.”[6]The implication is that faith is somehow conjured. But in a more Arminian theology, faith and a relationship with God is initiated by God in the first place. “Unaided by the Holy Spirit no person is able to respond to God’s will.” It is God resonating with God in the human existence. The ‘conjuring’ then as described by Luhrmann is better understood as the intentional development of an awareness of God’s presence in one’s life and circumstances. Again, one of the critical issues regarding retention of emerging generations has to do with weak transmission of the spiritual practices and disciplines from older Christians to younger ones that foster a maturing faith. When they do begin to question or doubt, they lack the support to help them understand and process their misgivings.

The power of the community of faith is demonstrated toward the end of the text as the author has her own experiences of God even while attempting to remain academically distant and still claiming agnosticism. She says; “Through the process of this journey, in my own way I have come to know God. I do not know what to make of this knowing.”[7]Here is a woman conducting an academic study but as a result of her acceptance into the community and her immersion in the life and practices of faith, she came to an experience of the transcendent, of the God who created her and desired to be in relationship with her. God speaks in and through community. In the West we have made much of the faith experience too individualistic, thus limiting the community evident in the early church and providing support for those with genuine questions.

As this book was exclusively focused on Vineyard communities as representative of Evangelicalism its limits must be accepted. Each Christian tradition has its own way of coming to terms with faith. There are those who take pride in the intellectual rigor like the Presbyterians, of which I am now a part, who are also at times called ‘the frozen chosen’. Others practice a more experiential approach similar to the communities discussed in this book who may be referred to as ‘the holy rollers’. But limiting faith experience to one or the other fails to fully address the needs of young people to work out their salvation with fear and trembling. (Philippians 2:12) As spiritually mature men and women it is our role to come alongside those less mature to encourage both intellectual rigor and experiential application. This dual approach will help all of us live out dynamic expressions of faith and handle the mystery and doubt together, even in the midst of an increasingly skeptical society.

9 responses to “I Have My Doubts”