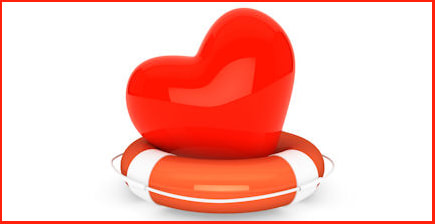 The book by Greg Lukianoff and Jonathan Haidt, The Coddling of the American Mind: How Good Intentions and Bad Ideas are Setting up a Generation for Failure, was very interesting and rather entertaining and concerning all at the same time. The authors wrote the book out of concern for our youth and to dispel the following three untruths they propose are being taught in today’s society: “The Untruth of Fragility: What doesn’t kill you makes you weaker. The Untruth of Emotional Reasoning: Always trust your feelings. The Untruth of Us Versus Them: Life is a battle between good people and evil people.” Also, the authors specify that “in order to be classified as a Great Untruth, an idea must meet three criteria: It contradicts ancient wisdom (ideas found widely in the wisdom literatures of many cultures). It contradicts modern psychological research on well-being. It harms the individuals and communities who embrace it.”[1] This was a very provocative intro to the book and definitely sparked my interest, especially when the authors referenced what I deal with on a daily basis in my therapy office, by saying “many parents, K-12 teachers, professors, and university administrators have been unknowingly teaching a generation of students to engage in the mental habits commonly seen in people who suffer from anxiety and depression.”[2] At this point I was engaged and needed to figure out what this book was all about. Although I don’t think all people who suffer from anxiety and depression engage in these poor mental habits, I can see how our society has fed into some anxiety-ridden, weak-minded habits that have debilitated many young adults today.

Ironically, one of the tools I offer my clients who are dealing with anxiety, depression, and various other issues is Cognitive Behavioral Therapy (CBT). CBT helps clients understand the connection their cognitive thoughts have with their emotions, which often trigger their undesirable behaviors. I often talk about this process in terms of dominoes, the first domino being our thoughts, that knocks over the second domino, our feelings, which knocks over the third domino, our behaviors. The story I tell to illustrate this process is: If I was walking down a path and saw a curvy stick up ahead and THOUGHT it was a snake, it would generate FEELINGS of fear and anxiety, and cause the BEHAVIOR of me running the other direction (yes, snakes are repulsive to me, after all they do represent Satan). This is considered a cognitive distortion, or what I like to refer to as believing a lie (for Mike…Who is the Father of Lies and wants to steal, kill and destroy us?) The way CBT theory goes is once the lie is replaced with the truth (for instance: the curvy stick is only a stick) then the feelings and behaviors that resulted from believing the lie are immediately eliminated. This can be incredibly effective for people who have lived with faulty thinking (or cognitive distortions) their whole lives that have in-turn wreaked havoc on their emotions and created undesirable behaviors. This is what the authors are referring to as a solution to this Untruth epidemic when they point out that “millions of others around the world had found that cognitive behavioral therapy (CBT) was the most effective solution. CBT teaches you to notice when you are engaging in various “cognitive distortions,” such as “catastrophizing” (If I fail this quiz, I’ll fail the class and be kicked out of school, and then I’ll never get a job . . .) and “negative filtering” (only paying attention to negative feedback instead of noticing praise as well).”[3]

Another irony I came across in the reading had to do with this idea of being emotionally safe. Every day I’m working with people who feel some type of lack of emotional safety or who have experienced some emotional damage from someone in their life. My job is to help them regain their emotional strength and stability so they can be ready for the next emotional blow that is sure to come at some point. The authors state, “A culture that allows the concept of “safety” to creep so far that it equates emotional discomfort with physical danger is a culture that encourages people to systematically protect one another from the very experiences embedded in daily life that they need in order to become strong and healthy.”[4] Yes, difficulty in life will definitely help us learn to be overcomers and build resilience, but this doesn’t apply to all scenarios. If someone experiences severe emotional trauma to the point of creating Post-Traumatic Stress Disorder (PTSD), they can often experience rather dramatic physical symptoms in their body that have no other medical explanation other than their emotions. I also understand what the authors are getting at when they are talking about what we have created with young people when it comes to this fragility concept and the extreme lack of resilience in this generation. To address this, progressive activist Van Jones, offered the following advice for college students: “He rejected the Untruth of Fragility and turned safetyism on its head: I don’t want you to be safe ideologically. I don’t want you to be safe emotionally. I want you to be strong. That’s different. I’m not going to pave the jungle for you. Put on some boots, and learn how to deal with adversity. I’m not going to take all the weights out of the gym; that’s the whole point of the gym. This is the gym.”[5] Although my work is about helping people regain their emotional safety, I am also helping them become less emotionally fragile and be able to THINK differently so they can FEEL and BEHAVE differently. I also appreciated this quote by Hanna Holborn Gray, “Education should not be intended to make people comfortable; it is meant to make them think.”[6]

Of course, I couldn’t let this blog go without highlighting a part of the book that supports my research topic. Kathryn Pauly Morgan, a professor of philosophy who specializes in the concept of intersectionality at the University of Toronto, made the following profound statement: “Girls and women are effectively a “colonized population.” They make up a majority of all students but are forced to live and learn within ideas and institutions structured by white men.”[7] Mic drop!

[1] Greg Lukianoff, and Jonathan Haidt, The Coddling of the American Mind: How Good Intentions and Bad Ideas are Setting up a Generation for Failure, Penguin Publishing Group, Kindle Edition, 4.

14 responses to “How Much Emotional Safety is Too Much?”