In the opening pages of Explaining Postmodernism: Skepticism and Socialism from Rousseau to Foucault, philosopher Stephen Hicks seeks to articulate his interpretation of what postmodernism is, what its philosophical roots are, and what, if anything, it seeks to achieve.

Modernist philosophy, which emerged within the Enlightenment Period (Descartes, Newton, etc.), argued that the objective world was discoverable and knowable to humanity through rationalism and empiricism. A natural outcome of modernity was individualism and the freedom that accompanied it. Hicks argues that individualism led to liberalism, a free-market society, developments in science and engineering, and the genesis of modern medicine.

In contrast to modernity, Hicks continues that postmodernity is:

Summarizing Hicks’ four-feature definition of postmodernity, one commentator observes that “for postmodernists, there is no set of canonical texts, no objective laws or facts, but subjective interpretations that are enforced by groups through power.”[5] Postmodernity, according to Hicks, must be understood as a counter-Enlightenment philosophy with a deeply credible genealogy as it includes the likes of Derrida, Foucault, Nietzsche, Marx, and Kant. According to these forefathers of postmodernity, “reason does not explain the world, but bends it to its wishes.”[6]

My attention was particularly drawn to Hick’s chapter on socialism as the term has been assigned to progressive U.S. politicians and activists, seemingly by more conservative folks who seem to fear that the term is synonymous with equality and/or control.

In a 2018 survey conducted by Gallup on the meaning of socialism to Americans today, it was revealed that 23% of those surveyed understood ‘socialism’ as a form of equality while 17% say ‘socialism’ is a form of government control over business and economy.[7] According to Merriam-Webster, ‘socialism’ is defined as “any of various economic and political theories advocating collective or governmental ownership and administration of the means of production and distribution of goods.”[8] Or, as Karl Marx put it in 1875, “From each according to his ability, to each according to his needs.”[9]

According to Hicks, while there are shortcomings to the theory of socialism, there was at least one way in which postmodernists understood socialism as superior to capitalism. He writes:

Socialism is driven more than anything else by an ethic of altruism, by a conviction that morality is about selflessness, being willing to put others’ needs before one’s own, and, when necessary, being willing to sacrifice oneself for others, especially those others who are weaker and needier. Thus, to a socialist, any socialist nation has to be morally superior to any capitalist nation—socialist leaders are by definition concerned primarily about the needs of the citizens and are sensitively responsive to their expressions of concern, their grievances, and, when there are troubles, to their plights.”[10]

In practicality, however, socialist regimes turned to mass atrocities in order to secure their authority and accumulate inordinate wealth. With revelations of mass genocide and other forms of brutality in the USSR and Mao’s China, socialism began to fall out of grace. In response, postmodern defenders of the socialist system turned their critique on capitalist systems. In their view, it was capitalist societies that had used wealth to create and sustain mass poverty among the poor. Within this train of thought, a PR approach aimed at rescuing the reputation of socialism emerged: wealth was seen as dangerous and socialism was reinterpreted as promoting equality. Of course, this was accompanied by a very significant deemphasis on the authority required to create and maintain the façade of equality.

As I considered Hicks’ interpretation of socialism within his larger explanation of postmodernity, I discovered a caution for all of us. In the postmodern milieu that we find ourselves within, I doubt the existence of a universally accepted definition of socialism. At its core, it is an altruistic theory. In practicality, it represents a form of governance that has led to atrocities. So let us be careful about leveraging the term as a weapon to delegitimize the political and economic impulses of a person who is bent toward redistributions of wealth. Let us also be cautious in over glamorizing a theory that, like every form of governance, sacrifices many for the sake of a few. 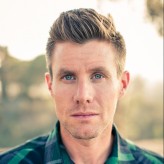 11 responses to “Endorsing and Critiquing Socialism: A Word of Caution”