Sir Alex Ferguson is the famed soccer coach (football coach to the rest of the world) of Manchester United. He is one of the most successful and longest serving managers in football, coaching over a quarter of a century – 26 years to be exact – and winning 38 trophies. No one holds a candle to his track record.

How was he able to maintain such an incredible winning record? How did he rise to the place of becoming one of the greatest leaders in the world of sport? Most importantly, how can you apply the same principles of success to do what he did?

The ‘beautiful game’ of soccer can be cruel to its players, fans and coaches. It’s a low scoring game compared to most and one penalty can determine the victor. It’s also a highly competitive business environment and losing three games in a row can cause a manager to be ‘sacked.’ Yet this man defied the odds over time and won more championships than any other.

There was always a rationale behind why Sir Alex maintained such a winning record over a long period of time. He employed a set of 5 principles grounded and rooted in Positive Psychology. These positivity principles are just recently being proven by scientific research and can be applied to other coaching environments – sports teams, business leadership, non-profit organizations and, most exciting, in the lives of those who are determined to travel the road of positivity to success.

Trust your vision. Less than 3% of leaders live out of a place of vision. Vision is the ability to look out on the horizon and see what others cannot see. This learned behavior sets all great leaders apart. They find a way to call out the gifts and abilities that exist in others – even when those people don’t see them, and speak them into existence. Even more crucial, great leaders call out unseen and unknown gifts in themselves until they become reality.

Vision is also about being hyper-focused on the goal, the mountaintop. For many people, difficulties and roadblocks can be catastrophic in relation to success. The pain many people experience over setbacks and failures can feel irrecoverable, but setbacks and obstacles for the visionary are merely part of the journey. Negativity doesn’t get the chance to grow in the life of a visionary because the end vision is greater than the obstacles. The vision trumps every setback and nothing stands in the way of the ultimate objective.

When asked about what Sir Alex Ferguson does in the midst of difficulties, Ryan Giggs (for 23 years one of the most decorated Man U players who came out of Ferguson’s youth academy) said, “He’s never really looking at this moment, he’s always looking into the future. Knowing what needs strengthening and what needs refreshing—he’s got that knack.”

To be clear, vision isn’t a gift limited to great leaders like Alex Ferguson. It is something that can be cultivated in the life of anyone who decides to make this a strength.

Always emphasize the positives. The best leaders, have a way of focusing their thoughts, speech and outlook on the positive. This one ability is surprisingly powerful. There is a balance to how much positive vs. negative thoughts and actions are required in our lives for us to be healthy and productive. The critical number to watch is a positivity quotient of 75 PQ (Positivity Quotient). This means your mind is serving you positively 75% of the time and sabotaging you 25%. So the focus is on maintaining 3 positives to every 1 negative in your speech, thoughts and actions. Research has shown this to be an important tipping point with significant consequences. Peak performance and consistent peace of mind are only possible above a 75 PQ. Incredibly, according to author Shirzad Chamine in his book, Positive Intelligence, only 20% of teams and individuals score that high. That means most of us have an amazing, un-tapped upside. More than a technique or strategy, this is a way the best leaders and coaches choose to live.

This is also important in relation to what successful leaders do when they encounter negative situations. Great influencers consistently find a way to see a potentially negative situations as positive. Failure is never the end result. It’s simply an inevitable event that occurs on the road to success. Sir Alex was a master at this. His focus was on constant encouragement and verbal words of affirmation to his players. He emphasized, “No one likes to be criticized. Few people get better with criticism; most respond to encouragement instead. So I tried to give encouragement when I could. For a player – for any human being – there is nothing better than hearing, ‘Well done.’ These are the best two words ever invented.”

Believe You Can Win. “Being positive and adventurous and taking risks – that was our style.” – Sir Alex Ferguson

A further extension of his visionary gift was an ability to believe no matter the circumstance. It made no difference if his team was down 2 goals with 10 minutes left in the game. He instilled the reality in his players that they could always win. And it wasn’t an illusion. Manchester United trained intensely for these kinds of outcomes. They practiced exactly what they would do when they were down a goal or two at the end of the game. Even on the practice field, they believed the plays they were executing would help them win.

And this strategy worked. According to Harvard Business Review, “Our analysis of game results shows that over 10 recent seasons, United had a better record when tied at halftime, and when tied with 15 minutes left to play, than any other club in the English league.” Anita Eiberse, who interviewed Sir Alex and conducted an extensive study on his coaching techniques, was asked to identify the one quality that most differentiates him from other coaches. She said, “In everything he does he is a winner. He just doesn’t accept defeat.”

“Winning is in my nature. I’ve set my standards over such a long period of time that there is no other option for me—I have to win. I expected to win every time we went out there. Even if five of the most important players were injured, I expected to win.”

Take risk. One of the most negative things that can a occur in a person’s life is the refusal to change. Old patterns can be destructive for our future because we’ve made peace with our bad habits. Robert Quinn, author of the book, Deep Change, calls this the process of ‘slow death.’ Slow death occurs when personal comfort becomes more important than innovation. This is why it is imperative to step out and try new things. Start a blog, continue your education, begin a new business, find a personal leadership coach – just step out and take risk! Coach Ferguson understood this truth and said emphatically, “Most people with my kind of track record don’t look to change. But I always felt I couldn’t afford not to change.”

One of the first risks Sir Alex took was betting on the future by developing a youth academy. This would later prove to be one his best decisions. He took a big bet on young talent at a time when many people were saying, “You can’t win anything with kids.” Out of this decision came the likes of Ryan Giggs and David Beckham (you may have heard of him). According to Sir Alex, “I had the confidence and conviction that if United was going to mean anything again, rebuilding the youth structure was crucial. You could say it was brave, but fortune favors the brave.”

Motivation is key to winning in life. You’re always going to be in for a fight to keep yourself engaged. There are so many things in life trying to drag us down at any given time – disappointment in relationships, not getting the raise we thought we deserved, our kids not making the sports team they hoped for, unmet expectations, rejection, loss – and countless more unwanted vagabonds in our life. Their goal is to attach themselves to us and stifle the motivation we need to achieve our dreams.

Mastering the ability to motivate yourself and others is what helped Sir Alex stay on top. But it takes a proactive strategy to keep oneself motivated. The people who are the best at staying motivated and motivating others all do at least 5 things: (1) They start their day with a plan, (2) they control their internal messages by having a positive mindset, (3) they build a healthy self-image, (4) they set achievable goals and (5) they live out of a personal vision. When you master motivation, there’s almost nothing you can’t do.

When Manchester United was losing in the Champions League final in 1999 against Bayern Munich, Sir Alex gave a halftime speech that would change the trajectory of the game. He knew that motivating the team was critical if they had any chance to win. The players had to believe in themselves again and see things not as they were, but what they could be. He began, “When that cup is going to be presented just remember that you can’t even touch it if you’re the losers—you’ll be walking past it with your loser’s medals, knowing someone walking behind you is going to lift the cup.” A player later recalled Ferguson’s words as “one of those inspirational speeches that turn fearful men into world beaters.” The team came from behind to win the Championship 2-1.

As a leader and a leadership coach, what I have learned about success is that it is not an accident. Sustained, holistic success is an intentional choice to focus on life through a different pair of lenses. In our stressed and fast paced culture, we have forgotten ‘the life in the living’ and we’ve lost the ability to dream. Our outlook is so often turned against us. The good news is that we can choose lenses that give us different views of the world. We can learn to look beyond what is and start to see clearly what could be. And with those new lenses, we can take confident steps that become powerful momentum toward a life filled with vision, positivity, belief, risk and motivation – Sir Alex Ferguson style.

If this becomes your focus, the game of life is much easier to win. When you choose this ‘brave road’ you inevitably impact those you love most and you wake up to your values and passions. In the end, this is all that really matters.

The views, opinions and positions expressed by the authors and those providing comments on these blogs are theirs alone, and do not necessarily reflect the views, opinions or positions of Portland Seminary, George Fox University or any employee thereof. We make no representations as to accuracy, completeness, timeliness, suitability or validity of any information presented by individual authors and/or commenters on our blogs and will not be liable for any errors, omissions, or delays in this information or any losses, injuries or damages arising from its display or use. 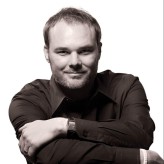