A reminder of how vaccines changed our world for the better …

I’ve frequently been asked if George Fox University will require the COVID-19 vaccine. Some of our peer institutions are “requiring” the vaccine with generous opt outs for medical, religious and personal reasons. George Fox will not require the vaccine for students and employees this fall, but please do not misunderstand. I and every member of my leadership team have been vaccinated, and we believe that taking the vaccine is the right thing to do for the vast majority of people.

Some Christians appear to be fearful of taking the COVID-19 vaccine. As a historian, I think a little history may be helpful as you consider whether you or your loved ones should get vaccinated.

Looking back at a world before vaccines

For most of human existence, the death rates of children were very high. Approximately one in four newborns died in their first year of life prior to the 20th century, and roughly half of children died before they reached puberty. Imagine! If you had four children, two likely would die before they reached the age of 15! The primary cause of child mortality was infectious disease. This was true for both early hunter-gatherer societies and more complex civilizations that developed later.

The development of increasingly efficient farming methods led to large urban centers where infectious diseases thrived. For the first time, animals and humans came together in large numbers. Humans had to learn how to deal with issues of sanitation and clean water. They were exposed to disease strains that primarily existed in animal populations (sound familiar?). In the earliest periods of civilization, diseases were often transmitted from pigs and rodents to humans.

As civilizations became more complex, they developed trade and used newly formed military systems to consolidate their economic power. When one city experienced an infectious disease, it was easily transported along trade routes, or through war, to other population centers. Thus, a disease that might have had a nominal effect on a hunter-gatherer community would now eliminate hundreds of thousands of people. Historians estimate that the Plague of Cyprian (250 A.D.) may have reduced the population of major Roman cities by half. It was devastating.

Disease had a dynamic and deadly impact on almost all of human history. What Westerners called the “New World” had developed complex civilizations similar to Europe and Asia. When Cortez arrived in what is today Mexico, the Aztec empire had more than 20 million people. In less than 30 years, the indigenous population of that area had been reduced in half by infectious diseases such as smallpox, measles, whooping cough, influenza (the flu), malaria, yellow fever and other similar illnesses.

From very early on people learned that isolation and avoiding the sick was an effective way to slow the spread of disease. The word “quarantine” originates from the Venetian word “quarantena,” which means 40 days. The city-states of the Italian peninsula isolated passengers and crew of trading ships during the 14th century to prevent spread of the plague.

Because isolation was so effective at preventing the spread of disease, it was often difficult to get anyone to aid the ill. Although not exclusively, it was often Christians who risked their own lives to serve those who were dying during the various epidemics. Christ’s love encouraged them to serve, although it might come at the expense of their own health.

Immunization (vaccination) is not a recent development of modern science. Western scientists in the 18th and 19th centuries adopted the practice of immunization from the Ottoman Empire, which had been immunizing their citizens from smallpox for generations. Simply, vaccines are a scientifically proven method to prepare and alert the immune system for a strong and rapid response to possible future infection.

In the West, many individuals contributed to the development of the vaccine process, but two men have been given primary credit: Edward Jenner and Louis Pasteur. Jenner developed a “vaccine” by giving patients a mild case of cowpox, which served to prevent in most cases the development of smallpox, one of the most deadly childhood diseases in history. His successful method put humans on the path to using similar approaches to prevent other infectious diseases. In the early 1800s, almost 1 in 10 people in England died of smallpox. Roughly a century later, less than 1% faced a similar fate.

Pasteur developed vaccines for the dreaded rabies disease and also for cholera. Both men were Christians and were motivated by their Christian commitment to serve others and eliminate suffering. They were engaged in work that they believed God had called them to do. Coincidentally, this is true of the current director of the NIH, Francis Collins, a devout Christian, who has been instrumental in the development of the COVID-19 vaccines. (I certainly understand that many scientists are not Christians and people from all backgrounds have contributed to making a healthier world.)

A vaccine likely protects you and someone you love from permanent paralysis or death. Until just a few decades ago, American parents lived in fear of polio, a highly contagious virus that primarily affects children. One in 200 infections led to irreversible paralysis. Among those paralysed, 5 to 10 percent died when their breathing muscles became immobilized.

My uncle suffered polio when he was young, and it damaged the nerves in his leg. I never ever heard him complain, but the disease forever limited his ability to run, play sports or to move without pain. He was not alone in his generation. More than 50,000 American children a year became ill.

Generations of scientists tried to solve the mystery of the polio virus, and finally, in 1954, a group of children received the first polio vaccine developed by Jonas Salk. Salk was hailed as a national hero. Church bells rang out to celebrate the achievement. I am part of a local Rotary Club, and one of our goals has been to provide the polio vaccine to children across the globe so that people will no longer suffer its dreaded effects. We are close. This past year there were only two countries that had active cases in the world.

Jesus Christ said that there were two things required of those who would follow him: to love the Lord your God with all our soul and to love your neighbor as yourself. I understand there are legitimate reasons to avoid the COVID-19 vaccine. Some people have medical conditions that make them unable to get the vaccine. Others have conscience commitments that they do not want to violate. Nevertheless, I would encourage you to consider the vaccine as a step in loving your neighbor and helping him or her flourish.

There are a number of people in the community (e.g., cancer patients and people with auto-immune disorders) who are vulnerable to getting COVID-19 because they are immune compromised and cannot get vaccinated. These people are our neighbors and depend on others in their community to prevent the spread of infectious disease. I believe this is a critical way in which we can love our neighbors, including those we do not know. 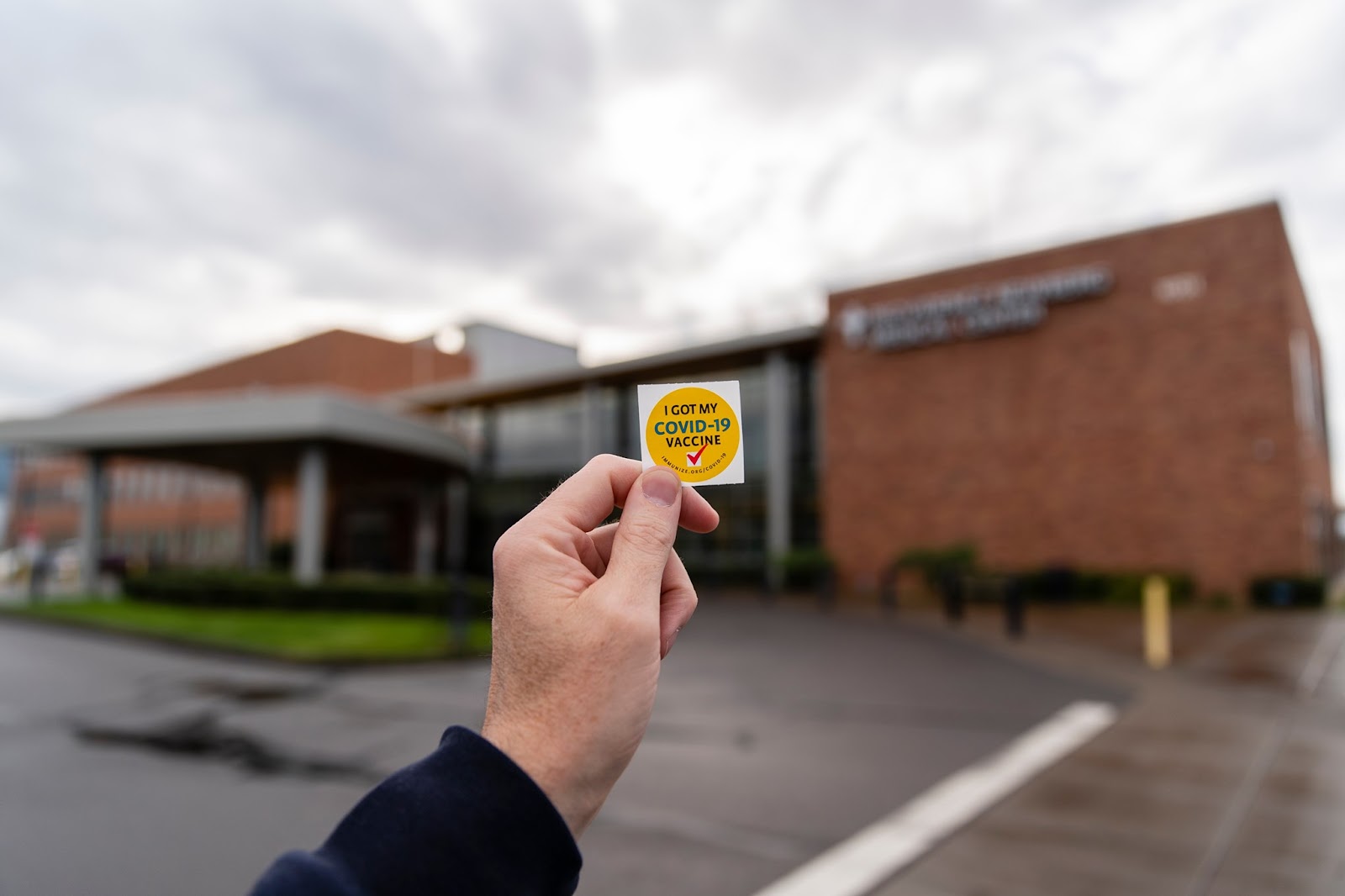 If I could go back in time and ask a parent who was losing their child to smallpox, measles, polio, yellow fever or any other disease if they would accept a medicine that would cure them, I do not think they would have hesitated. “Yes, please provide it to my child!” Is the COVID-19 vaccine without risk? No, of course not. Nothing in this life is without risk. We make choices to reduce risk as best we can. The risk of COVID-19 to our community is far greater than the risk of the vaccine.

I took the vaccine because I think it is the right thing to do to keep our community healthy; I would encourage you to do the same.

A Christian Statement on Science for Pandemic Times
A Christian statement and response on the pandemic and community health signed by NT Wright, Philip Yancey and many others.

This entry was posted in Uncategorized. Bookmark the permalink.