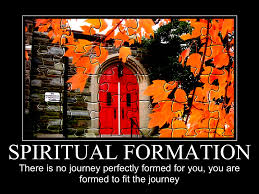 All four pictures convey very different ideas (at least to me).  The question that i am wrestling with is this, can an image help me to change my way of seeing so that I make a positive shift away from the impact of previously viewd different images.  In other words, how hard wired is the contract between image and seeing/believing?  The author encourages me that there is a renegotiation of contracts.  Good.  Does it take other images to faciltate that renogiation or is the negotiation accomplished by words only.  I have an idea that images are important to the renogiation as they were when the original contract was struck.
I found the author’s discussion of patriotism and nationalism very interesting.  I was both challenged by him and found myself becoming somewhat defensive at times.  But, I generally agree with his careful analysis of the distinction between the two.  He really helped me to understand the difference in his explanations in Kindle Location 4271.  His explanation is insightful and applies to the missteps of right wing conservatives who confuse their faith with party (usually republican) and with patriotism, with the result being an offensive brand of nationalism.
I heartily recommend this book to those, like me, who need to be challenged and informed as to how the arts and images in particular, communicate and inform our faith.  The impact of the book for me is twofold, 1) it is helping me to apply the visual contract to discipleship, and 2) it has moved me to more readily embrace my Kingdom citizenship as a priority.
(1) Morgan, David (2005-05-31). The Sacred Gaze: Religious Visual Culture in Theory and Practice (Kindle Locations 262-263). University of California Press. Kindle Edition.