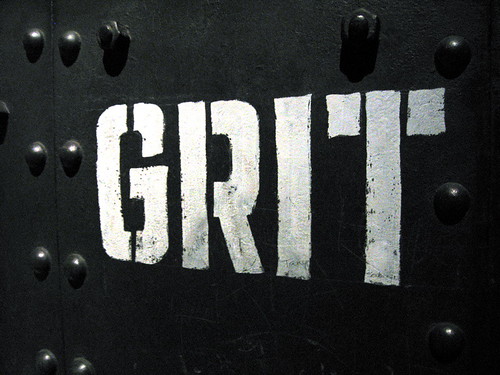 Faith, innovation, and grit are the key leadership character traits aptly used to describe Jackie Pullinger’s ministry in the Walled City of Hong Kong. Purposefully and passionately, she pursued the vision God placed on her heart about being a missionary.

Her faith was remarkable as she relied on God for her every need as her statement revealed: “I knew, surely, that if God wanted me to do this job, He would provide. It never worried me in the slightest as to how He would do it.”[2]Although her journey is truly one of the most remarkable stories I’ve heard, I resonated on a much smaller level with her faith as I remember making the same prayer to God when I opened my therapy practice. My vision was to open a therapy practice at my local church and offer reduced services for the needy. But after deliberating 8 months, the church denied the proposal simply stating I was “too young and inexperienced.”

In spite of the difficult rejection, I pursued my vision. I found a dilapidated, old office with low overhead that did more to discourage any business operation than inspire it. I set up an unconventional business model for therapists that allowed me to work part-time, so I could also parent my two young kids, and do private contracts versus contracting with hospitals, agencies, and insurance companies. I did virtually no marketing other than informing contacts through an introduction letter that I was now open for business. My business model was simple: if God wanted me to accomplish this, then against the odds, He would bring them to me. This is where the similarities end, because unlike Jackie, I was completely freaked out and had to wrestle with failure and success before I started. After a year, God built the business on a wing and a prayer and has continued to exceed my expectations. It was a humbling and exhilarating experience that set a firm foundation and built my faith to depend on God and pursue other endeavors.

In an effort to describe her unique work, Jackie had no model to describe what she was doing since she was inventing intuitively as she went. Along with moral reasoning, she showed amazing moral intuition[4]as she developed innovated solutions to overwhelming problems. She stated: “Finally, I hit on an impressive phrase. ‘I’m doing unstructured youth work’ was my reply to the social workers, who nodded earnestly and decided that this was the latest sociological technique already pioneered in forward-looking countries.”[5]Jackie had the remarkable ability to pursue ministry in the context in which she was in. She met the needs of the citizens in the Walled City, by being available for their unique and immediate needs. Her ministry model was similar to some lay ministries such as Young Life that are about developing a relationship with kids versus implementing programs. She emulated the rhythms of their lives, so she could be more available and be in sync with them: “Like the Walled City boys, I now slept by day and got up at night…”[6]. She lived among them, instead of asking them to come to her.

Her innovation to open the Youth Club was remarkable and courageous, which led to further developments in her ministry as she provided social work services, housing, education, and drug rehabilitation. It was amazing to see how innovative she was in her ministry, and how with each curveball, she came up swinging with another innovative solution. Clearly, faith played a large part in her creativeness.

Jackie’s grit was bolstered through 3 influential ways: a deep love for the people, prayer, and developing close connections with the people. “I needed to find Christian workers who loved the people they were working with more than the activity through which they were trying to reach them.”[8]This love for the people gave her the grit that helped her push through the slimy streets, dark alleys, cockroach-ridden brothels, frightening drug dens, and stinky homes. Jackie had the amazing ability to see the child of God beneath the dirt, evil, crime, and vile behavior, as she worked at loving the unlovable and the forgotten. Her passion to bring people to Jesus was impressive and inspiring as she overcame the most desperate of situations to win people to Christ.

Secondly, her grit was sustained through prayer and was essential in building her ministry. To hear how the Holy Spirit was moving through the lives of the people was incredulous and inspiring. I was reminded many times of the beautiful character of Jesus as He loved the unlovely and pursued them relentlessly, with pure grit. Thirdly, Jackie had to connect with the people to inspire her to stay working with them. “Social workers are taught not to be involved with their cases, but I knew that had I not been so close to the people concerned, I could not have stayed.”[9]She knew what she needed to do to stay committed – develop a compassionate, connected relationship with the people.

Jackie was a female version of Jesus, minus the obvious divine nature, as she ministered to people foreign to her in every way, giving her life, and healing them as she lived among them. She loved fearlessly as she introduced them to a God who loves with faith, innovation, and grit.