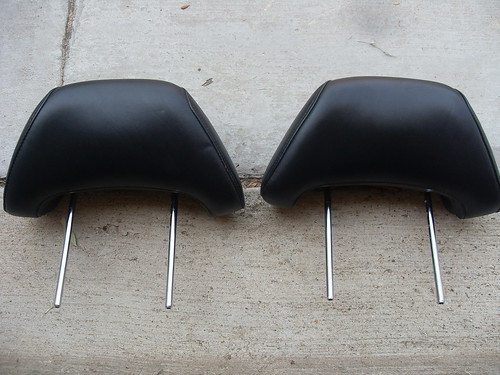 When I was a history teacher, the development of Hong Kong was fascinating to teach from a historical perspective. In my opinion, Hong Kong could be described as an accidental, real-life social and economic experiment comparing capitalism to communism. Although it was originally Chinese territory, it became a British colony, came under Western influence, developed a thriving capitalistic economy, and continues to be a global economic power today. There are 3 key players in this cultural drama: China, Hong Kong, and Britain, and I wonder how each feels about their role in the development of Hong Kong.

In reading about the history of Hong Kong falling under British rule, I wonder what China must think about this “social and economic experiment.” It amazes me China has not, historically or currently, lifted the restrictions on the people and accepted the influence of Hong Kong’s economy and culture. To allow for more freedom of choice and pursuit of individual success in their own country, after seeing firsthand the success of Hong Kong, seems like a reasonable choice of Chinese leaders. Yet, this has not been China’s overt choice with its own people throughout the century. The ending of the book, Modern History of Hong Kong, reveals Chinese leaders are aware of the stark contrast between China and Hong Kong’s societal differences as China now works with British influence to keep Hong Kong’s financial and economic stability.

What must China think with Hong Kong’s societal and economic success when its residents and size is dwarfed by the expanse of China in size and population? With freedom comes a variety of outcomes, some good for the betterment of humankind, and some destructive for humanity. But restrictions and censorship placed on people have proven time and again throughout the ages to produce less than effective economic success and growth. Critical thinking skills are undeveloped, and creativity is dulled. Due to the rigid, hierarchical social order in China, and news censorship it is difficult to know how the Chinese people truly feel about their society, what they want for their economy or their political preference. Yet, we know we were created with free-will and psychologically, we know through Reality Therapy, people thrive when they are given access to their four basic needs of power, freedom, play, and love. When one or all of these needs aren’t met, it is difficult for any person or country to thrive to their full potential.

Hong Kong has been caught in a game of tug-of-war between Britain and China until the hand-over agreement of 1997. There seemed to be much threatening communication and bullying behavior by both countries as wars, declarations, riots, and more threatened to pull Hong Kong from one side to the other. The story of Hong Kong’s past to present sounds a bit like two kids fighting over a toy or object they both really want.

With my kids only being a year apart, they had to work into the loving relationship they have now. After a very tiresome day of boating, we were all worn out. My sister and her family were visiting, and we were all piled into the car, when my daughter shrieked, “Dawson took my headrest!” She then proceeded to snatch back the headrest on the back of his car seat from her brother who was relaxing his head comfortably on it. When she had it comfortably in place and relaxing, he then snatched the headrest back for himself. In no time at all, they were both in a flying rage, grabbing the headrest from each other, yelling about how the headrest was theirs’. My sister watched on in awe and apprehension as the “headrest war” waged on, my kids oblivious to who was watching or how they were affecting others. As much as I tried, there was no reasoning with them, and thankfully, we ended up digging up another headrest, so both could sit back and rest their heads comfortably for the short ride home. I don’t know if this is the mom in me, or I’m reaching back to my sibling fights, but when I read the history of Hong Kong, it appears a bit like the “headrest war” as Hong Kong is being thrown back and forth between two countries for over a century, while the world looks on.

Except Hong Kong is not a headrest. It is comprised of real people, families, organizations, and communities, and I wonder how the people and communities of Hong Kong have felt about the political unrest of their country. Who do they identify with? What is their country? Their restrictive Chinese neighbors or the capitalistic British conquerors? What do they want? They have become a blend of both because of the influence of both countries, reminding me of the blended families who refer to their children as “his, hers’ and ours’.” Hong Kong is an “ours'” child, a product of two countries through conflictive forces who have conceived a child, belonging to both nations yet neither, as they experience the influences and traditions of both nations losing themselves between the two. How they develop in this next century continues to be an international marvel as the world looks on. For now, there is rest. But if history is a predictor of their future, it would not be unlikely that a tug-of-war would begin again. Except for this time, I would not be surprised if Hong Kong enters into the mix, advocating for what they want as they are becoming their own entity.

Finally, where is Britain’s conscience in this? Do they regret their invasion of Hong Kong or are they pleased with the final outcome? It’s as if they borrowed Hong Kong for a century, then have ultimately “returned it” to its original owners. A bit like buying a pair of shoes and wearing them, only to return them awhile later, worn and broken in. Hong Kong will never be the same and we will never know what it could have been. Did Britain aid them or did they distract them from what they were supposed to be or could have been? We will never know, yet if I had to choose between living in China or Hong Kong, I appreciate the culture, individual freedom and economic success of Hong Kong. Yet, I’m a western who is used to having lots of freedom, individual choice, and my own headrest.

9 responses to “The Headrest War”