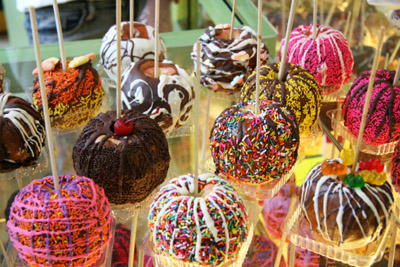 I find the study of social theory fascinating, indeed delicious!  Treats of theories about why we are the way we are.  Anthony Elliott, in his book Contemporary Social Theory: An Introduction gives us bites of the variety of social theorists’ dishes.  From Adorno and Horkheimer with their analysis of human barbarism and fascism to Freud and psychoanalysis of sexuality, from Marcuse and the power of capitalism to Barthes and Kristeva and the logic of language; along with many others.  In my garage I have boxes of books read during my Master’s program; from Marx’s Communist Manifest to Readers on Nietsche, Heiddeger, Hegel, and Kristeva.  For this writing I want to explore the theories of the founder of structural linguistics, Ferdinand de Saussure (1858–1913).

Saussure states, “…language is never complete in any single individual, but exists perfectly only in the collectivity.” (Excerpt from Ferdinand de Saussure (1916) Course in General Linguistics. London: Fontana, p. 13.)  Elliott continues with the explanation, “Our speech does not so much reflect our inner world as instantiate and reproduce discrete spheres of language as system. To put the point differently, language is less something ‘within’ our minds or selves than something around us in the societal structure—even though, somewhat like God or Santa Claus, language as system is unobservable. … Thus Saussure’s purpose, roughly speaking, was to focus analysis on language as a structure—a structure that constitutes us to our very roots.”

I would like to continue this line of thinking, with specific analysis on the idea that language constitutes us to our very roots.  Language is the structure by which we develop meaning and create our society.  John 1:1 states, “In the beginning was the Word…and the Word was God.” (KJV)  The word, written or spoken becomes the “God” of one’s life in the sense that it can create a system in which one operates.  The language that surrounds an individual determines the structure and perspective of the individual.  If the language is fear based the individual will live in a different state of mind than if the language is based on idealism, for example.  Language and the symbols that accompany language may be introduced by outside influences, but I would argue that the individual has the capacity to internalize the language and symbols and develop an individual interpretation of the language and symbols.  For example, the symbol of the cross and the language that accompanies its meaning may create an initial structure for an individual.  However, as the language surrounding this symbol internalizes and soaks into the identity of an individual, it may take on a different meaning. The individual engages in identity formation as he/she engages in the analysis and relationship with these ideas.  This may work in the following manner.  The individual views the cross as a symbol of the moment when divinity (vertical) met humanity (horizontal); a unique interaction that brings meaning to the concept of eternal life, or eternity within humanity.  Although this thought may have come from the societal structure, the individual may fully integrate this idea and then believe in his/her immortality or eternal life.  With this internal transition of thought, the individual then begins to create a new societal structure with his/her transformational language.  In other words, I propose that language, while coming from the outside structure or system, may be internalized and rewritten in order to create a transformed life structure.  For me, this social theory is a tasty thought – taking a collective crop from a structured orchard and creating an individual unique candy apple.