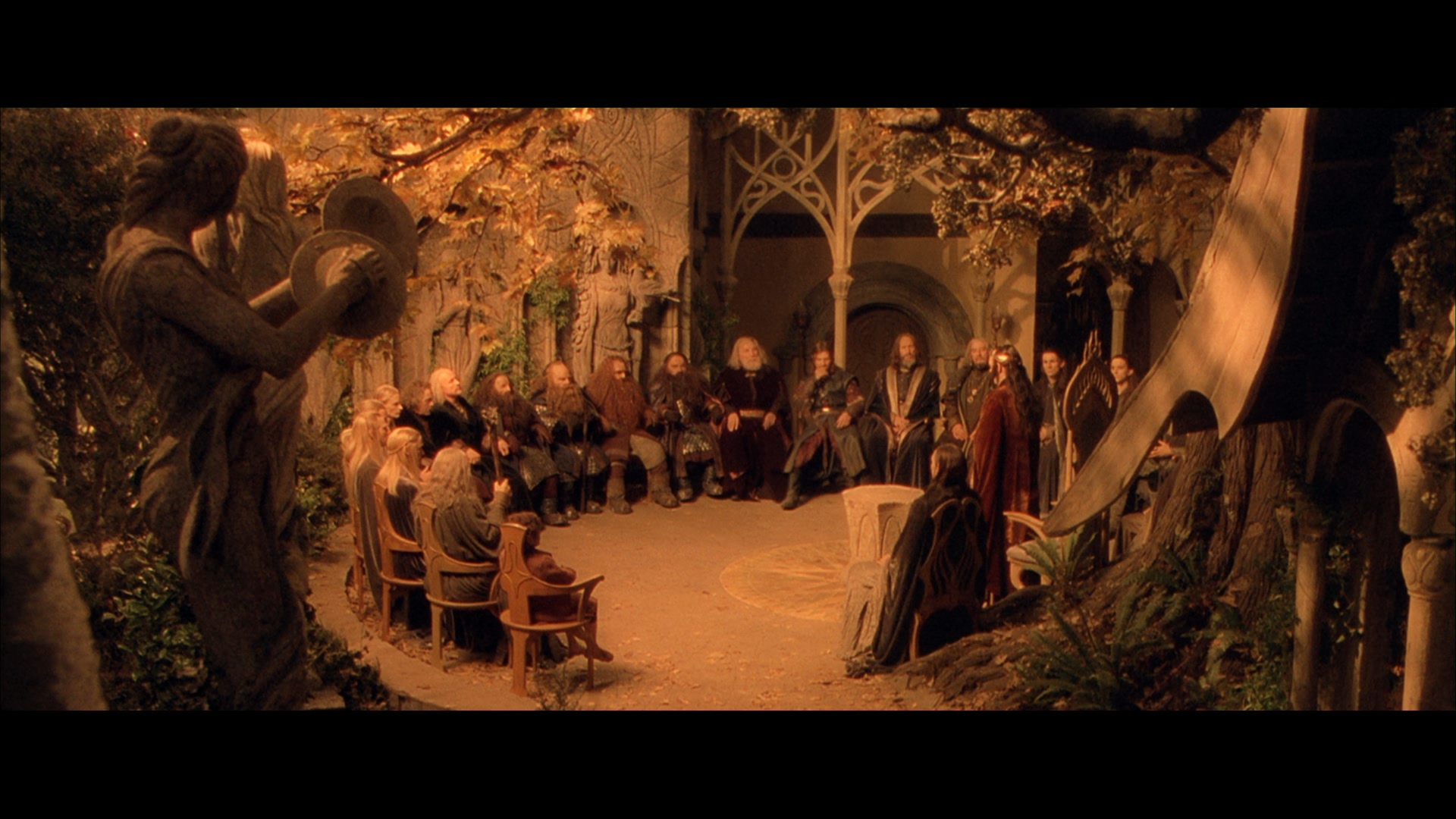 The Council of Elrond

“I will be dead before I see the Ring in the hands of an Elf!”

– Gimli, son of Gloin, The Fellowship of the Ring (movie adaptation)

In 2012, I made my first trip to Hong Kong to serve with a Christian organization that sends Christian teachers to closed nations in Asia to teach English to students.  Through teaching English, the hope was that the teachers would be able to build relationships with their students, to move them along in their spiritual journey, and to share the Gospel with them.  Having finished my sophomore year of university, I was excited to see what would come out of this trip.

Now, I had traveled overseas before.  I had spent time in Jamaica with my church in Kentucky, I had traveled to Mexico for family vacation, and had taken a two-week tour through Europe.  But, being completely honest, never in a million years did I think I would go to Asia (much less leave Kentucky; my parents always said my younger brother would be the one to leave and I would be the one to stay).  I went to Hong Kong with no real expectations other than to observe and see if teaching English would be a way I could use my newly added English major in conjunction with the Religious Studies degree I was working on.

Hong Kong changed my worldview and opened my eyes to major differences in culture.

The Culture Map walks through many of the major cultural paradigms we look through when working with other people.  There are many aspects of our own culture that we don’t recognize because they are intrinsically written into our lives.  Because of this, it often takes stepping outside of our home context and into another to truly see where we rub against others in the wrong way or where tensions lie.

On our first day of training back in 2012, the trainer was teaching us about what it means to build relationships in an Asian context.  He used the analogy of the peach and coconut (something Meyer hits on in pages 172-176).  The trainer pointed out that Americans are peaches; we have soft, squishy exteriors that’s easy to bite into, but we have a core of stone.  He explained that for Americans, we have no problem divulging information about ourselves – going so far as to give our entire life story at a first meeting – but that we have difficulty letting people know our true selves.  On the other hand, he explained that the Chinese were like coconuts.  Having lived in mainland China for many years, he said that it was hard work breaking through that outer shell, but once you did you would have a friend for life.

As a sophomore in college, this analogy floored me, especially since it was at that time when I learning to be more open and friendly with people (one of those “cherished values” of South and the Christian university ideal of vulnerability).  I remember thinking, “Okay, so I don’t share everything with people right away.  It’s okay to be a coconut.”  This realization was something that helped to develop the way that I build relationships.  It isn’t that either way is a wrong way to build relationships, but rather that there’s a time and place to switch between those different practices.

One of the valuable lessons of The Culture Map is how it sheds light into what working with an international team looks like.  In a world that is increasingly globalized, it’s more likely than ever one will come into contact with or work people from across the world.  Because of this, conflict is going to arise at some point and the way that different cultures deal with conflict can cause tension.

When working through conflict with people, we need to be aware of how their cultures affect this.  And yet, at the same time, even people from the same culture have different means of handling conflict.  Whereas one group may be more direct, another may be more indirect.  Learning to navigate this is essential to being a leader.

If anything encapsulates the tensions that arise through working on cross cultural teams, it is JRR Tolkien’s Lord of the Rings.  When the Fellowship is forged, the Elf Lord Elrond appoints at least one member from each of the “good races” to accompany Frodo on his quest: Man, Elf, Dwarf, and Hobbit.  What is interesting to note is the inherent conflict the various races bring into the Fellowship with one another, but none sticks out so boldly as the Elves and the Dwarves (see the quote at the beginning of this post).  The two races come from different worlds – one from the forests of the surface and one from the halls under the mountains.  A long history of tension has created bias and mistrust between the two groups.  And yet, throughout the course of the trilogy the need for reconciliation becomes clearer and clearer as they come to understand one another.

The tension between Elves and Dwarves is played out more fully in the movie adaptations of The Lord of the Rings and in The Hobbit trilogy, but there is a very specific moment in The Return of the King that shows the genuine friendship of Legolas the Elf and Gimli the Dwarf (their friendship is defined much earlier in the book adaptation of The Fellowship of the Ring, but Hollywood gives an almost perfect moment of catharsis for the pair).  This moment comes at the last stand of the goodly races to try and buy Frodo the amount of time he needs.  As Legolas and Gimli stand next to each other staring at the hordes of Orcs charging at them:

Gimli:  Never thought I’d die fighting side by side with an Elf.

Legolas: What about side by side with a friend?

Working with people from different cultures can be a challenging experience, but it also life changing.  As I reflect on that moment when the trainer for the summer camp talked about peaches and coconuts and where my life is now, I can affirm his words.  It’s hard work navigating cultural differences.  But when you do, you really do find friends for life.

“Council of Elrond,” retrieved from <https://lotr.fandom.com/wiki/Council_of_Elrond>

Jackson, Peter.  Lord of the Rings: The Return of the King.  Film.  Directed by Peter Jackson.  New Line Cinema, 2003.

11 responses to “Side by Side”