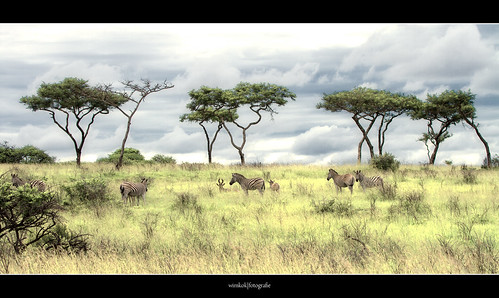 How Africa Shaped the Christian Mind by Thomas Oden was completely shocking to me. Every other chapter revealed another truth about Africa’s contribution to Christianity that has been kept hidden from me all these years.  Like the author reiterates throughout the book, I have been brainwashed to believe that most everything Christian had European roots. Even the concept of higher education and the idea of the university being something that originated in Africa blew me away.  Oden says, “The unrivaled library of Alexandria was the model for university libraries all over Europe. It was unexcelled for five centuries” (Kindle 325-326). To read about how brilliant thinkers came together at the Alexandrian Library to share their knowledge was fascinating to me and caused me to wonder why I had never heard of this previously. Oden was compelling in his argument and reminded me of how small my world view truly is, and thankful that I am changing that by being a part of the LGP program.

Another interesting point Oden brings up about how Africa shaped the mind of Christianity is concerning early monasticism.  He states, “The African monks’ understandings of sacrifice; the daily ordering of the life of prayer, study and work; and radical discipleship were destined to enter into the heart of the whole Christian tradition that would later flower in medieval European Christianity” (Kindle 405-406). I honestly never pictured an African monk, when I thought of the early monks of our Christian faith. Once again, I feel robbed and sheltered when it comes to the full picture of our Christian heritage and history. The author develops a thorough argument supporting this claim and his evidence is rather convincing. Throughout the reading of this book, I found myself getting angry at the injustice dealt to my African brothers and sisters and sad for the lack of acknowledgment given to the amazing contributions they have given Western Christianity.

Towards to end of the book, Oden pulls on my heart strings even more with his words… “Simple awareness of the condition of Africa is the first step to turning the heart to Africa. Finding a heart for Africa is the precondition of taking any other step” (Kindle 1221-1222). I definitely increased my awareness and heart for Africa and feel more empowered with the new information I have received from reading this book. I will surely have a more informed response when approaching the subject of early Christianity as a result.

To be honest, much of this book was a little too heady and detailed for my taste, but I understand why Oden had to put so much research and detail into making his arguments.  He is trying to take down the Goliath of early Christian belief and traditions and reshape how we think about early Christianity. This feels like a monumental task, and I appreciate the passion he exudes for this throughout his various arguments. I also think it is powerful how important it is for him to change the mind of the African people. He believes it starts with them to turn this tide, and he knows the oral tradition of the African culture is essential to how this narrative will be reshaped for future generations. Although somewhat dry and exhausting in detail, he inspired me to challenge my own beliefs and be willing to think deeper and get additional perspectives when it comes to information that has been accepted without challenge.

10 responses to “Out of Africa”