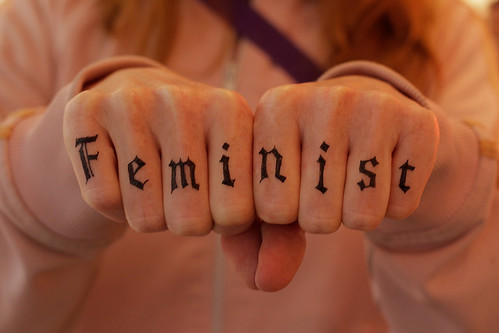 Although Anthony Elliott covered a huge span of social theory in his book, Contemporary Social Theory: An Introduction, I will be focusing on the section that is closely linked to my topic of research…Feminism and Post-Feminist Theory. It was fascinating to learn about the origins of feminism and how it has been shaped and how it has shaped our culture. As I researched around the topic of feminism and feminist theory I found an article written by Juliet Mitchell, one of the authors Elliott features in his section on Feminism and Post-Feminist Theory. In her article, she states, “At each crisis of change, I believe, we imagine this androgyny and this endless circulation and free play of multifarious differences; with each period of stabilization, something has to occupy the new point of opposition. In periods of intensified social change, men and women, the masculine and the feminine, come closer together; a new unity is created, a new man, and something different has to confront him. For the time being, we should note that, between the sexes, this new point of difference is called ‘woman’.”[1] She was a revolutionary when it came to feminist theory and the feminist movement for her work connecting psychoanalysis and feminism. Even though Mitchell acknowledged Freud’s patriarchal views, she believed that a rejection of Freud’s psychoanalytic claims would be fatal to feminism.[2] This seemed like a contradiction to many since psychoanalysis painted females as inferior to males. The reason she thought it was essential to hold the two together was that it highlighted the need to alter the way children are raised with a prescribed masculinity and femininity.

Also, “Mitchell argues that the unconscious acquisition of patriarchy in modern societies is central to women’s suffering.”[3] This unconscious patriarchy in our society is the very reason I have so many female clients in my office complaining about the oppression they experience and feel on a daily basis. This covert culture is a common ethos they must learn to navigate in every venue of their lives. At work, church, in their families, and in society, they are often marginalized, oppressed, and objectified when they attempt to function in ways automatically afforded to men. This constant oppression leads to depression and anxiety, making it difficult for them to operate effectively in their families and society. Many women I meet with are unable to realize this is occurring subconsciously because it is normal for them. Feminism has lifted the veil of this inequality between the sexes and helped to liberate women to be more effective leaders. Many feminists want to reject psychoanalysts as sexist, however, Mitchell countered that claim by “refocusing psychoanalysis as a critique of patriarchy.”[4]

As men, if we want to offset these destructive messages, we need to validate the uncomfortable feelings of women and empathize with their hurts. As we listen to their stories and provide space for their voices, we are aiding in the healing process. If we are silent, we are inadvertently condoning the suffering of women, and responsible for perpetuating the oppression. Author John Keyser states that the primary method of advancing women in corporate America is through men in top leadership roles deliberately advocating for them.[5] Jesus modeled mutuality exquisitely when he became counter-cultural with women by touching, eating, worshiping and even residing with them. Jesus appeared to be the first feminist in the way he elevated women to a new cultural status normally un-afforded them. He lived the principle outlined in Galatians, “There is neither Jew nor Gentile, neither slave nor free, nor is there male and female, for you are all one in Christ Jesus.”[6]

When it comes to men and women leading together, living by a social theory encouraging equality is essential. Although some radical feminists would argue that women don’t need men, in many ways, feminism has paved the way for men and women to lead effectively together. If the feminist movement did not propel women forward in social status, their consideration as equals would be much more difficult for men in leadership to embrace. Just like Jesus broke social norms in order to elevate and honor women, the social climate of today needs men to stand up and not only declare women are allowed next to them in leadership, but they are needed. I see many churches today very comfortable declaring they are egalitarian in doctrine, but just as comfortable having no women on staff or in leadership and no plan to seek out females for these positions. The women I speak to in my office are extremely confused by this message and feel there are no role models for them in leadership and no place for them at the leadership table. 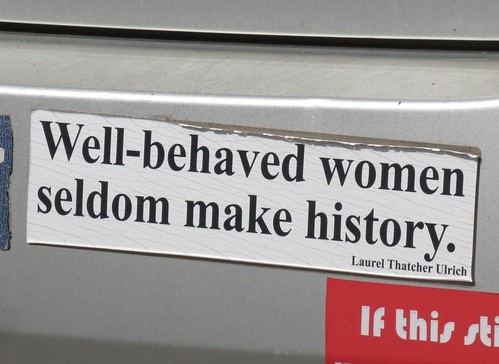 Many Christians are often criticized for calling themselves feminists, even though the definition of the word feminism means “the advocacy of women’s rights on the basis of the equality of the sexes.”[7] Men and women being treated as equals is not something that deserves criticism, nor does it appear non-Christian according to Galatians. Many women are grateful for these early feminists:  Susan B. Anthony, who founded The National Woman Suffrage Association in 1869; Carrie Chapman Catt, for her work to help get the 19th Amendment signed into law in 1920, granting women the right to vote for the first time; Alice Paul, for proposing the Equal Rights Amendment in 1923; Frances Perkins for becoming the first woman in the U.S. cabinet as Secretary of Labor in 1933.[8] When I look at our history as a country, I am embarrassed and ashamed that women have only been able to vote since 1920 (144 years after our country was founded), and they continue to get paid less, discriminated against and exploited on a daily basis. Sexism is still an American epidemic, which I believe grieves the heart of God, who made us in His own image as male and female.[9] Only together as men and women do we completely reveal the true image of God.

16 responses to “Jesus the Feminist”