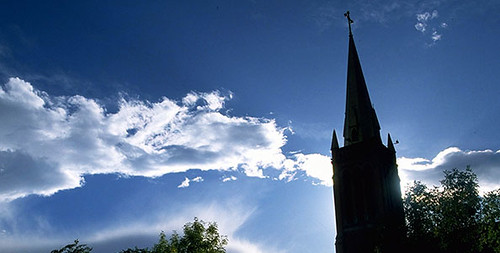 Evangelicalism is difficult to define since it has no permanent roots or central gathering place like the Catholic church with the pope in Rome. Additionally, there are many kinds of evangelicalism: Pentecostal, fundamental, charismatic… as well as the numerous denominations represented. Interestingly, “The word denomination was first used in English to describe those Christians who dissented from the Church of England, but the underlying belief that the true church was invisible meant that visible differences between different groups were less important.”[1] From the protest of the Catholic church, Evangelicalism was born and the “disenchantment brought a new uniformity of purpose and principle.”[2]

Evangelical churches appear to be going back to their roots of their covert definition of denominations meaning the true church is invisible and group distinction appears less significant. As a child, I noticed there was far more emphasis on denominational backgrounds, but now, the emerging modern church appears to be less inclined to emphasize the churches denomination and more about identifying themselves as a community church for all. It is not uncommon for many of the local churches to change their name and remove the denomination origin out of their title. I believe the founding fathers of the United States would approve of the decreased emphasis on denomination as they “likewise adopted a position of denominational neutrality.”[3]

Evangelicalism and social ministries often partnered together through the pages of history. From the Red Cross to para-church ministries like Youth for Christ, it is clear Evangelicalism has had a large impact on modern Christianity and the social work field of today. The intertwined agendas of social justice and spreading the gospel created powerful organizations intent on righting the wrongs of the day while simultaneously ministering to the human spirit. Since true religion is considered to be the service of caring for orphans and widows,[4] than physical care without spiritual exhortation would make it a hollow evangelical experience. To care for the body and the spirit also bespeaks of blending the secular with the spiritual. Taylor reinforces this concept as he talks of combining secular and religious objectives as “they were generally lived as compatible, and parts of a coherent normative outlook.”[5]

Evangelicalism was influential in scripting the modern family and roles for the genders. ” What we see time and again in evangelical writings is the idea of the family as a microcosm of wider social and political relationships. These relationships by their very nature were gendered, and social ordering between the sexes was a deeply politicized act in evangelical culture.”[6] Unfortunately, the evangelical church has expressed much disagreement about the role of women leaders in the church, which has compromised the unity in the church, created dissension, and confused society about the role of women. As a consequence, “…female leadership in the church have become highly charged and adversarial, which often obscures the vital and creative interweaving of Christian spirituality and constitutive social ideals based on relations between as well as within the sexes.”[7]

Evangelicalism can counteract the gender conflict in three pronounced ways: listen more carefully to the issues complicating the problem and write a new narrative for both genders leading together. “Yet when it comes to questions of gender, it seems to be particularly difficult for historians to exercise the disciplined art of listening. We have been susceptible to making the past into a sounding board from which we catch nothing but the echo of our own voices.”[8] Secondly, resist segregating people by gender as it prevents men and women from benefiting from one another’s influence and modeling to others how to work together effectively and indiscriminately. “However, by separating the public male and the private female spheres from one another, the model fosters a neglect of the complex and multiple ways in which these spheres intersect and interweave.” [9] Choose leaders based on skill and ability, not on gender and the natural divide will be absolved.

Thirdly, be knowledgeable of historical belief systems that influence churches to operate hierarchically: “..medieval Catholicism….hierarchical complementarity. This was certainly recognized as an organizing principle for the society as a whole. For instance, the famous formula: the clergy pray for all, the lords defend all, the peasants labor for all, encapsulates the idea that society is organized in complementary functions, which nevertheless are of unequal dignity.”[10] Hierarchical systems have influenced churches to operate with hierarchical practices, most often patriarchal, which counters the leadership model of Jesus as he was inclusive of both genders in leadership. As a church, by understanding where leadership models originate from, we are able to discern between what God is modeling versus what society is subtlety scripting for the church. 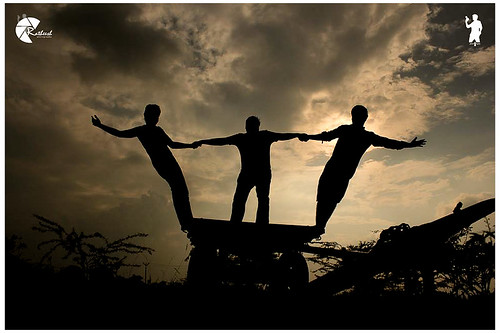