Written by: Audrey Robinson on November 4, 2022

The trials or processes a person goes through and the choices made during a severe test will free the leader from the entanglements of this life, or one can become full of anger and bitterness. If freed, the leader is more likely to want to see others become all they can be, taking responsibility for their own lives and living authentically. On the other hand, if the leader makes unwise choices during the crucible of fire, they will usually follow the path of leading through manipulation and coercion.

On page 6, Walker writes that “people submit to poor leadership, leadership that is clearly wrong, to leadership that everyone can see leads us away from life and health… Yet, we still believe that a leader should have integrity as well as inspiration.” Although I agree with Walker’s assessment that people tend to follow poor leaders, it is pretty alarming that, as a country, we have been in this long, dizzying, downward spiral for quite some time. It raises questions such as Would we recognize an undefended leader today? Pastor Sipho Zondi stated that there is a bankruptcy in leadership. Now, I’m asking myself the question, is it bankruptcy, or is it our inability to not want to take responsibility for our lives? Are we trying to live vicariously through leaders who exemplify a distorted reality of hero worship?

Lastly, Walker states that an undefended leader allows those following them to reap the consequences of their poor choices. And an undefended leader does not try to fix another person’s mess.[1] He asks, “does love allow us to suffer?”[2] He makes the case that protecting others from consequences prevents people from taking responsibility. It also sets them up for failure and an inability to recognize what is reality versus living in denial. At times, “the role of the leader may have to make the situation worse before it will get better.”[3] On this point, mentally, I understand and agree. However, I’m not sure I am courageous enough to allow a situation to worsen, even knowing it is for the best – particularly regarding my family.

But I want to leave with a perfect example of a leader who did not offer a premature solution, who recognized that it was time for something to change, and who pushed the problem back under their noses so they couldn’t deny or bury it.[4] Again drawing on the actions of MLK, Jr. In his Letter From Birmingham Jail, he wrote: “Nonviolent direct action seeks to create such a crisis and establish such creative tension that a community that has constantly refused to negotiate is forced to confront the issue.”[5]

[1] Simon P. Walker, Leading Out of Who You Are: Discovering the Secret of Undefended Leadership, (Carlisle: Piquant Editions, 2007) 199. 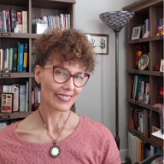